Sydney Sweeney in an episode of Euphoria

I haven’t seen this before. She looks incredible.

She really fills out that bikini top

“Zuzanna Kotara’s nude debut (she reminds me so much of Kate Mara) in a scene she shares with another nude debutante, Anna Skubik.”

“He had 23 previous convictions covering 51 offences, including theft and criminal damage.”

I’m not sure what you would do with a copy of the Magna Carta, but I’m guessing that Nic Cage is already trying to get the rights to his story.

Minnie repeatedly threw haymakers at a red-headed woman wearing a jacket with “SECURITY” on the back. At least one of her wild punches hit her partner, Mickey Mouse.

The booty pic is the fourth one, but the others are great as well.

Alexander has a truly novel reason why no witnesses are necessary – we already know Trump is guilty AF! (But that is not grounds for removal.)

* There’s no doubt that Trump did what he is accused of
* Therefore, we need no more witnesses or evidence. It’s proven.
* But what he did does not merit removal.

Honest to God, I’m not kidding. That really is his argument. See the Tweet below. Overwhelmed by a mountain of uncontradicted facts, and still intending to vote against removal, some GOP senators have obviously decided to salve their consciences with the “Yeah, he did it, but it’s not impeachable!” argument.

That’s actually a pretty clever position. Weaselly, but brilliant, because it allows them to vote “nay” on removal and “nay” on witnesses while avoiding the accusation of a cover-up. In essence: “When we voted to exclude witnesses, that was no cover-up. We already knew what he did, so what did we need additional proof for? But even given our knowledge that he did everything he is accused of, we can’t agree that it reaches the bar for removal from office.”

The reason that position is so brilliant is that it is defensible. What Trump actually did is not a matter of opinion. It’s a fact. He did it. There’s overwhelming proof. But whether that is sufficient grounds for removal IS a matter of opinion because the Constitution leaves plenty of wiggle room. People can argue that Trump has committed “high crimes and misdemeanors” or they can argue that he has not, and scholars could debate this ad infinitum with erudite references to the Federalist Papers and citations from precedents, but no matter how long they argue, neither side can say “The definition of a removable offense is completely clear.”

I worked with other senators to make sure that we have the right to ask for more documents and witnesses, but there is no need for more evidence to prove something that has already been proven and that does not meet the U.S. Constitution’s high bar for an impeachable offense.1/15

One of my favorite Killer Bs, Charlie Spradling, in Puppet Master II (1990)

For imgur haters, here’s one more look, from the story in The Sun. It’s a scan from the paper, so the quality is not as good as the one above.

I regret to report that they are covered this time, but the blouse gives a good indication of their enormity.

“On the campaign trail and trips to the southern border, President Trump has called his big, beautiful wall ‘tough’; ‘virtually impenetrable.’ On a September visit to the Otay Mesa border site in San Diego, he boasted, ‘This wall is not something that can be really knocked down.'”

Knocked over by winds this week, it fell on some trees on the Mexican side.

Trump once again loses a battle to his old nemesis – wind. 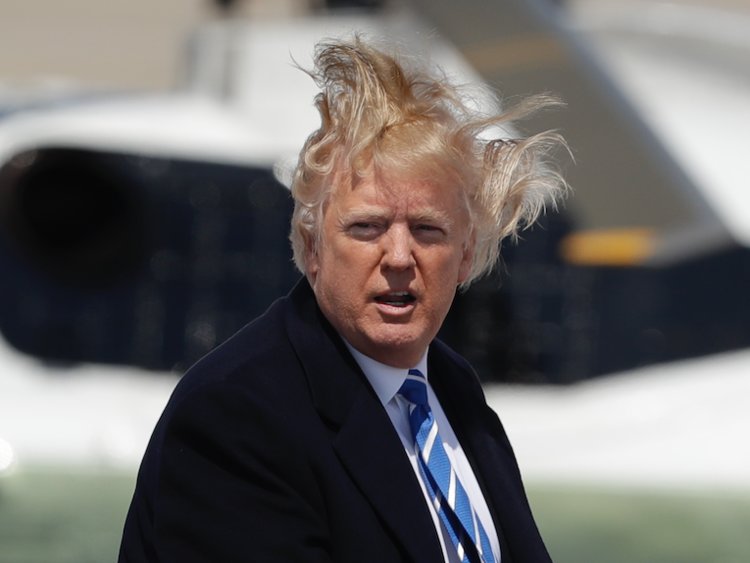 Also, we have found that gates have to be left open in summer.

“President Trump’s border wall probably will require the installation of hundreds of storm gates to prevent flash floods from undermining or knocking it over, gates that must be left open for months every summer during ‘monsoon season’ in the desert, according to U.S. border officials, agents and engineers familiar with the plans. The open, unmanned gates in remote areas already have allowed for the easy entry of smugglers and migrants into the United States.”

And finally – supporters of the wall don’t seem to grasp the concepts of drones and tunnels.

But apart from all that, everything seems to be planned perfectly.

Tribute to 2017 Alexandra Daddario. “The Layover”. Ah to be William H. Macy (director) in the editing room on this – Alex looking hella good in a bikini before she lost weight

A jumbo-ass version of a vintage Hathaway appearance

Merrin Dungey in a sex scene from an episode of Hung

I suppose she’s fully naked, but the camera either stays on her upper body or moves too quickly to let us see more.

Paparazzi shot at a topless beach

Various topless scenes of Jena Sims in the unforgettable screen classic, Attack of the 50-Foot Cheerleader (2012)

Petite, 19-year-old Linnea Quigley dances up a storm while stark naked in Auditions (1978)

I had never seen this particular scene before today, but dancing naked was kind of her signature move. She did it in the sensitive film treasure, Psycho From Texas:

And her most famous such scene was the legendary tombstone boogie in The Return of the Living Dead. Of course she looks great in Boogie Nights and Killing Me Softly, but I think she looks the best in this film, Boogie Woogie. (Not a great film, however.)

Jennifer Lawrence in the bizarre Mother!