An enlargement of an ideal frame from Under the Skin

Brightened version of the mirror scene above

Brightened mini-gif of the side view.

This was the #4 nude scene of the millennium.

Illinois and Massachusetts have also hidden critical medical supplies from the federal government.

OK, it’s a bit coy and the photography is kind of dream-fuzzy, but this is pretty great nudity for a PG-13 movie.

Lisa Glaser in Humanoids from the Deep (1980), which is my second-favorite bad movie after Road House. As I’ve pointed out many times, I love bad movies as long as the reason for their suckitude is not boredom. The eighties were a decade of outrageously entertaining bad movies.

Damn, I miss the eighties.

OK, the short clip above is shit quality, really not worth your time (although she is cute and has a nice figure), but somebody posted it on Reddit and I wanted to chat about the movie …

A little sleepy seaside burg is debating whether to add a new cannery. It doesn’t seem to make much sense because life is slow there, and the fishing is dying.

Sinister forces turn out to be responsible for the disappearance of the salmon from local waters. The owners of the cannery company had been doing some DNA experiments on salmon and they accidentally released genetically altered salmon into the ocean. The altered salmon were eaten by predator fish, and that diet turned the predator fish into – you guessed it – Humanoids From The Deep. (Add echo chamber in your mind). For some reason there are no female humanoids from the deep, and these aquatic monsters have super-evolved brains and understand the need to propagate their species. Serendipitously, they are capable of impregnating human females. (Hey, that’s why they are called “humanoid.” In all fairness, they do appear to be approximately as human as Vic Morrow.) Unfortunately for the lonely monsters, human males do not surrender their mates easily, so the humanoids need to kill human males in order to mate with human females.

First they come upon a girl and her boyfriend camping on the beach. He is a ventriloquist. They maul the voice-throwing twerp, but the dummy’s eyes continue to follow the action even after the ventriloquist is dead! This apparently supernatural phenomenon is never explained. (Hey, it’s a Corman movie). The monsters proceed to rape the girl. Later, another girl’s boyfriend is feeling her up in the water, and the humanoids watch from an underwater vantage point which makes them really horny, so they kill yet another twerp, and rape yet another girl. Later, in the movie’s final scene, we see that very girl giving birth, and … well, I think you can probably figure it out.

Meanwhile, the elders of the town meet to plan their next move. Let’s see, they know that the monsters are dangerous to humanity, and they also know that the monsters’ preferred diet is salmon, so what should do they do next? What else? They decide to go ahead with the 93rd annual Salmon Festival! Actually, it wasn’t an easy choice. The resolution to “hold the salmon festival” won by a 5-4 vote over a competing bill to “put up a neon sign welcoming salmon-eating monsters.”

Oh, we humans are a foolish lot, at least when we take the form of movie characters.

The movie’s climax comes at the Salmon Festival itself, a carnival where humans and humanoids alike meet to share a few memories. The humanoids show that, while they are not smarter than average humans, they are quite a bit smarter than carny folk, and smell a lot better as well.

Dental care is about even.

Before tracking down the prized Salmon Queen, the monsters stop to ride some of the midway rides (I didn’t make that up. Hey, they are genetically advanced). Of course, while they enjoy the carousel, they take the extra time and trouble to slaughter the human males on the ride.

Then one monster stops for some cotton candy, for beneath his scales he is a man, and not by salmon alone does man live.

The easily-distracted humanoids then head over to the midway to play some carny games. One of them gets really hacked off that he can’t knock down the bowling pins and win an Eeyore to woo the Salmon Queen, especially since he has seen some other humanoids with Eeyores and even one with a Tigger! Then he really gets steamed when he realizes that those other monsters were audience plants who were allowed to win by the carny barkers in order to sucker in more players. Of course, when Mr. Humanoid discovers this, he rips the carny geek limb from limb and resumes chasing the Salmon Queen, intending to take her by force if he cannot woo her with presents. At one point a humanoid rips off the bra of the Salmon Queen while chasing her through the midway.

But, by jingo, we humans are not defenseless, you know. Our salmon queens can take care of themselves, thank you very much. This gal squares off and dukes it out with the big guy.

So if you evil super-intelligent movie humanoids are out there reading this, listen up, buccos. You’ll never take us. If you think you can just come here and rape our women, Mr. Johnny Monster, you’ve got another think coming. We’ve got mighty tough Salmon Queens and Bruce Willis, and no movie monster or asteroid is any match for our spunky little race.

Kerry Washington in a lesbian scene in She Hate Me (2004)

Her nipples are actually taped over, but if you want to study her crotch, this is your go-to shot.

A young, painfully thin Shelley Duvall in “Thieves Like Us” (1974)

Hey, Scoop. Looooong time fan. I was in college from 97 to 2002 and somewhere around there I found the Fun House. Other Crap is one of the few websites I still check daily. Thanks so much for the great insight (and incredible baseball knowledge).

I know you’re a big Road House fan, and I run a movie/tv/pop culture podcast with two other gents. A couple times a year we do a musical pitch episode where each of us is assigned a movie and we are tasked with turning it into a musical. This round I was given Road House. I recorded 5 song “parodies” in the style of a Road House musical. We post our podcast (The New Way) on YouTube as well with just our cover art as the visual.

This is not a request to repost, but obviously if you want to that would be amazing. Mostly just wanted to share some laughs with you. I think it turned out pretty funny. My friend pitched a musical of Big Trouble in Little China with all parodies of Warren Zevon songs which is pretty great too. If you like Zevon.

Thanks again for all your amazing work over the years! Cheers!

To Matt: Thanks for the kind words. Funny stuff, but I thought Road House already was a musical. Strange coincidence: as soon as I read your e-mail, I thought that the lead song had to be “Pain Don’t Hurt,” and I laughed out loud when you got to the same place.

To others: The embed below goes directly to the Road House pitch, but there’s a lot of fun elsewhere. The Big Trouble pitch starts at 23:00.

Pics and a .gif

Nicole Kidman is taking very seriously her responsibilities as the wife of a cowboy singer.

Not as perky, but bigger than ever.

Kate in her maturity

You can watch the entire short film on Vimeo. The nudity starts at about 4:39. Later on, about 13:20, he catches her shaving her crotch.

This scene from Cat Chaser (1989) is pretty great on its own, but you should see the uncensored version! It’s probably the most explicit nudity ever performed by a mainstream star. Over the years I bought three different DVDs of this movie in the hope of finding the uncensored scene in good quality. I struck out all three times. We do still have VHS versions that were captured long ago by Graphic Response, Aesthete and others. 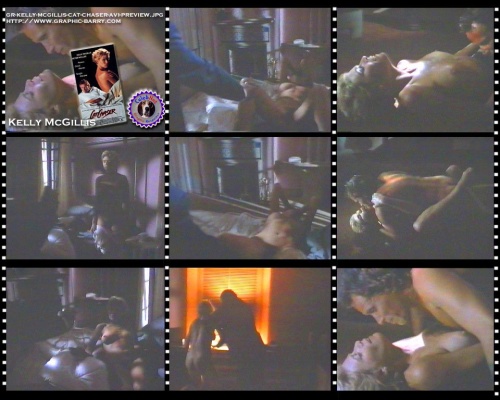 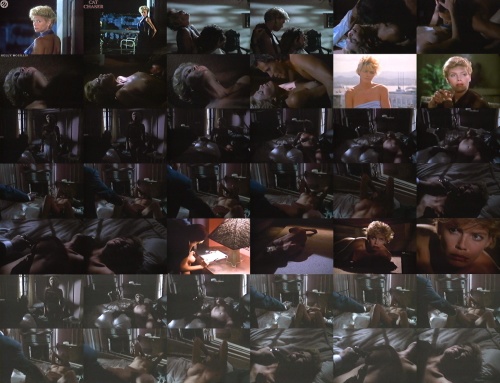 Way back in the 90s, Graphic-Response even made a primitive recording of the VHS tape. The quality is awful, but you’ll get the general idea. (WARNING: It is an ugly rape scene, very hard to watch.)

One commenter noted, “Here’s an absurdly in-depth oral history of the movie with some crazy stuff around Kelly’s nudity.” It’s a good read.

That lady has quite a full-sized booty

At last, we have reached the pinnacle of mankind’s achievements. I never dreamed it would happen in my lifetime.

And I thought we had peaked with Road House!

It was only a matter of time before I did one of these #sorrynotsorry pic.twitter.com/bMu23N4iFr

The coronavirus coin is the 11th in their “Historic Moments” collection. I want ’em all!

#7 is “GENIUS MAKES ITS OWN RULES with a Monograph ‘President Donald J. Trump: A Study in Genius'”

Well, somebody was busted.

And the guy also had some issues.