We knew it was coming, but coronavirus hastened it:

The bare butt in episode one was her only true nudity in this series, but she has some more near-nude scenes in other episodes:

Arm bra. There may or may not be a hint of areola.

Sunning herself in a bikini

Wading in the surf

I don’t know what’s going on here, but I like it.

Compilation of Elle Fanning’s scenes from s1e1 of “The Great”

The key moment is seen below.

In this interview, about seven minutes in, she confirmed that it is her butt.

Just posted, but presumably from years ago

Click through to the third one for the booty shot.

“Amalie Hammild Iuel (born 17 April 1994) is a Danish-Norwegian hurdler. She represented Norway in the women’s 400 metres hurdles at the 2015 World Championships in Athletics,” 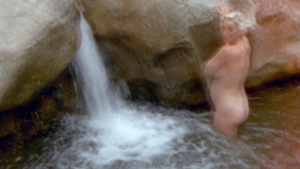 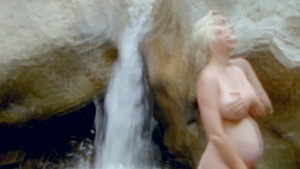 All I have to say is that Samuel L better get off his motherfuckin’ ass, stop selling credit cards, and get back into crime films.

Kidding aside, Samuel L had a good run, but there’s no way he can finish as the all-time champ, even if he steps up his motherfuckin’ game. The man is 71 years old, so Hill and DiCaprio simply have more cussin’ time left on the clock. Leo is 45 and Jonah is only 36.

With no baseball to watch, I re-watched a lengthy film strip about the 1957 World Series, which was basically the event that got me interested in baseball in the first place.

“VICE visited three Utah strip clubs in their first week of reopening to get a sense of what the new normal looks like.”

Spring is in the air 🤍

“Here’s Julianne Hough looking like a supernova of hotness in the newest issue of Women’s Health magazine, and showing off her insanely sexy/fit body in a tiny bikini.”

“On New Years Eve of 2019 at The Stonewall Inn, Madonna reminded us all that she’s the original Material Girl due to the copious yards of material it took to fully envelop her laughably augmented ass. We never learned what the ass was made of (feathers, silicone, shop rags, helium?) because Madonna told us to mind our own business. However, Madonna dropped a clue on Instagram. Careful observers can deduce that it does not consist of an enlarged nubbin of cartilage because Madonna announced that she’s excited to undergo long awaited ‘regenerative treatment’ for missing cartilage. So lay those rumors to rest. Madonna’s fake ass is not made from upcycled nose job trimmings!”

Aptil Love? Were her parents huge fans of Pat Boone?