You can keep your bowl games and your In Memoriam segments. The best way to celebrate a New Year is to look at the best nude scenes from the previous one.

We’ve had ups and downs over the years. There have been spectacular years like 2014, when Alexandra Daddario, ScarJo and Margot Robbie all graced us with their full-frontal debuts. It was such a good year that I had to expand the list to 25 scenes in order to include some great scenes like Elizabeth Olsen in Oldboy. And there have been total duds like 2008, when lower frontal nudity had almost been declared extinct.

In general, 2021 was one of the best years overall for the quality of the nudity, but not for the familiarity of the performers. There was no great full-frontal standout from a big name or in a familiar production, so nothing matched the three performances I mentioned from 2014, but there is not a dud in the top ten, and our voters generally gave the great scenes the recognition they deserved, from the biggest releases to the most obscure foreign films. As I re-watched the scenes this week, I was again dazzled by the beauty of Vivi Koenig, the full-blown insanity of Agathe Rousselle and Daria Polasik-Bulka, the masterful writing and photography featuring beautiful Lea Seydoux, the incredibly lengthy exposure of Odessa Young, the dedication of Sarah Shahi, the unearthly figure of Sydney Meyer, the daring of Maryse Miege … and that’s just a sample. Some of those, and other brilliant scenes, couldn’t even crack the top 20. In fact, there are some great nude performances that didn’t even make it to the final poll: Paulina Gaitan and Daphne Patakia come to mind immediately.

I rarely give in to the “popularity contest” aspect of the competition. In general, I try to seek out a truly meritorious scene rather than a popular favorite. In my typical process I would have voted for Odessa Young or Daria Polasik-Bulka, but this year I didn’t vote with my head. I let other body parts determine the selection, and I realized that Sydney Sweeney creates as much of a stir in me as she does in everyone else. I joined many of you in giving her a record-breaking victory, in which she garnered as many votes as the next four choices added together.

Here is the 2021 recap, including a link to brief film clips from each of the winners.

Here is a list of the top tens from the entire Scoopy era (1995-2021, the lifespan of the site), with links to the full recaps for each individual year.

Here is a mini search engine that goes through all of the lists (and nothing else).

Here is the final numerical tally from the 2021 voting.

Here are the results of the semi-final poll, which determined the candidates in the final selection. It’s kind of interesting to see how the list differed from the final results. Some mediocre scenes, like Daddario in The White Lotus, got a lot of attention when people could offer an opinion on every scene, but when voters were forced to name only their very favorite scene, the so-so entries fell by the wayside, replaced by … well, by great scenes worthy of being called the best of the year. (Note: three late entries or omissions were added to the final poll. One of those, Odessa Young in Mothering Sunday, deservedly made the top ten!)

Here is the original list of nominees, with links to pics and/or clips from every performance.

And most important, let’s all have a happy new year and a happy nude year in 2022. Thanks to all of you for participating in the poll, and for reading the “other crap” that appears here every day.

Or in joyful, wet January, if you live in the Southern Hemisphere.

And also during any days ending in a “y.”

Robert Wilson created this for an exhibition at the Louvre: 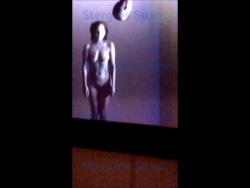 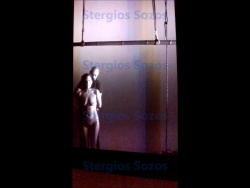 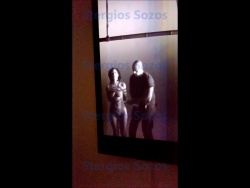 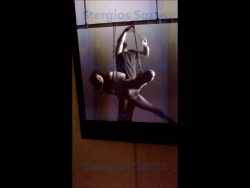 “One set piece for ‘Chained to the Rhythm’ featured a dancing alarm clock choreographing moves alongside a sock puppet and two rhythmic walkie-talkies,” Gray said. “Another scene included a massive bathroom, featuring a colossal tub, a mammoth soap bar, and, yep, a toilet that talked.”

The Tide over Cincinnati 27-6

There was no surprise there. Georgia and Alabama each won by at least three TDs, and Georgia could have won by a lot more if they had chosen to. The two SEC powerhouses will square off again, as anticipated.

The championship game is considered a toss-up. Alabama was a slight favorite in the opening line, but Georgia is now a two or three point favorite. Alabama won the first match-up by 17.

In other bowl news, riddle me this, Batman. How the hell did Rutgers get in a bowl game, and how did I not notice until now? Apparently they have a Pity Bowl rule. As you might expect, the mighty Rutgers 11, proud possessors of a 2-7 conference record, were ground into holiday mincemeat by Wake Forest, which was ranked in the top twenty nationally. Moreover, Rutgers scored only ten points against WF, which has one of the most porous defenses of any major team. (They beat Army 70-56, for example. They scored 55 against North Carolina – and lost. Three of their other wins were 37-34, 40-37 and 45-42.)

The answer to the riddle? They got into a bowl game because of their good academic performance, based on the “give the nerds a participation trophy” trend. Honest to god, I did not make that up.

“The Scarlet Knights didn’t qualify for a bowl game with their record. They got an assist by virtue of the classroom and having the highest Academic Progress Rate.”

They needed rules like this when I was in school. Despite my pathetic throwing skills, I could have been our starting quarterback instead of a math nebbish.

Maybe I could even have gotten laid.

OK, maybe not on the laid thing. I know for sure that my female classmates didn’t give a free pass to their vaginas for good academic performance. I think that would have been especially true after they saw me throw ten interceptions and cry like a baby after getting sacked.

But I could have started for Rutgers.

The rest of the story.

Everything I wrote is accurate or at least a reasonable hyperbole, but I left out a lot of details to make the story funnier. Texas A&M was supposed to play in the Gator Bowl against Wake Forest, and they are damned good. As evidence of that, I submit that they handed Alabama their only loss this season! But A&M had to withdraw. Rutgers found out they were going to be in a bowl game just a short time ago, and they were just as surprised as I was. I mean, they lost games by scores like 52-3 and 52-13 and 28-0 during the regular season, when they were actually in training, and were … er … prepared for their opponents. Given those circumstances, you have to give them some credit. They did pretty well to keep the score at 38-10 when (a) they suck mightily and (b) just nine days earlier they had been drinking beer and planning their holiday vacations.

So it worked out for everybody, except maybe the fans who were expecting a better game:

Which is which? It’s not always clear. 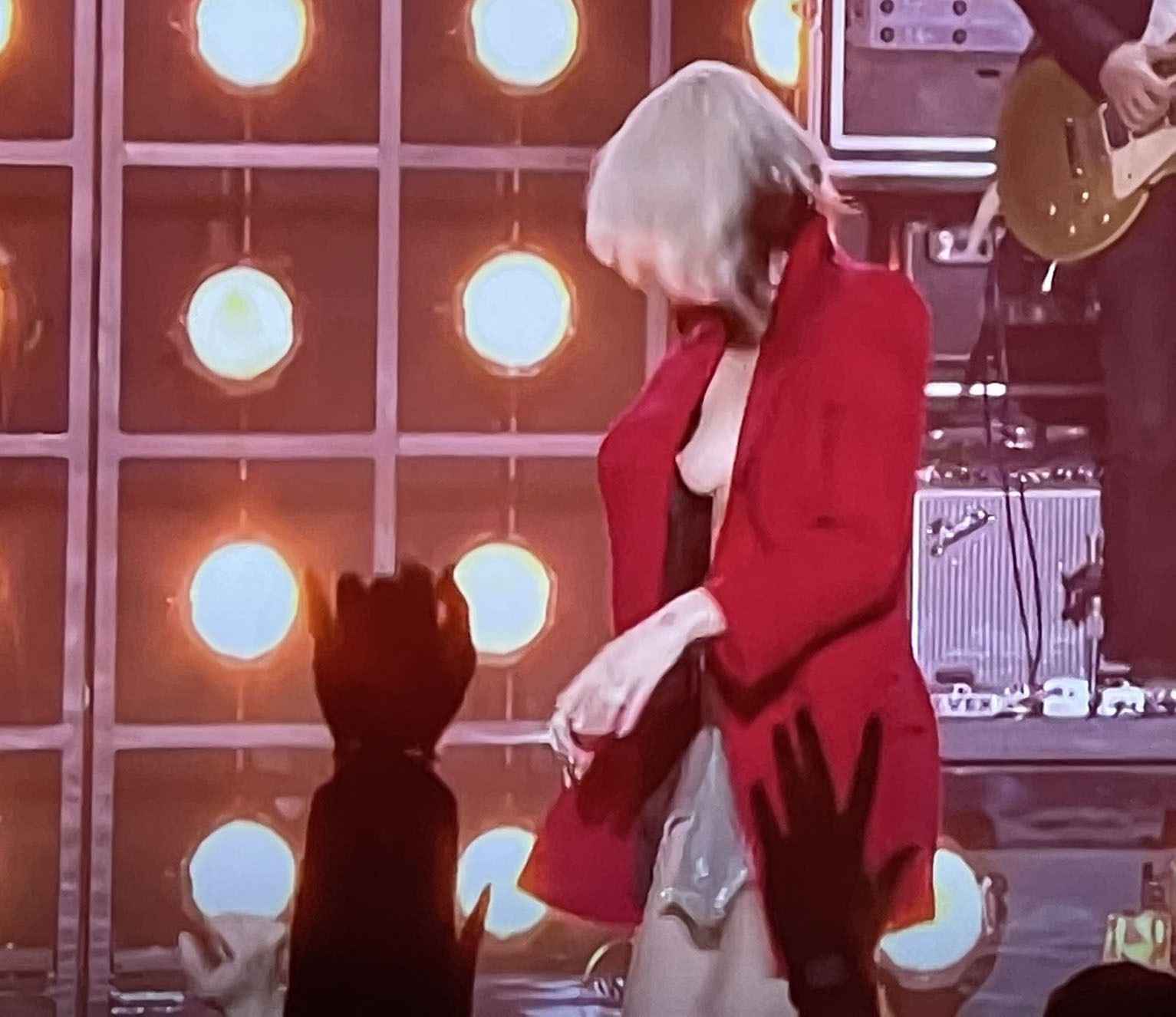 Who says the world doesn’t get better? Guy Lombardo and his Royal Canadians never showed a single nipple on New Year’s Eve.

And Lombardo had quite a rack on ‘im!

Who else but Miley would be topless on NBC? And that wasn’t her only wardrobe malfunction of the evening. (The reason she wore nothing under the red blazer is that she lost her top earlier, then turned around, found the blazer, and just kept going like a true pro, as seen below.) 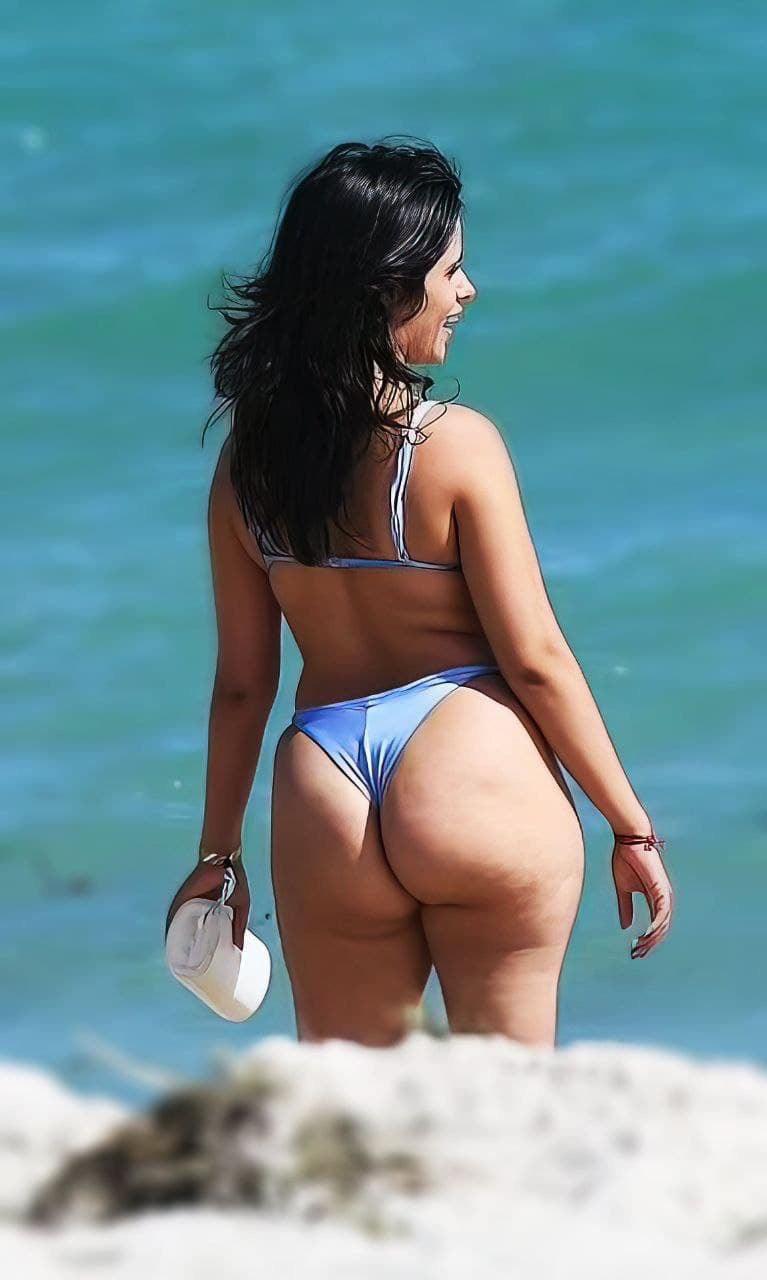 … in this .gif, as the good lord intended