Collages and comments by Brainscan: Collages of Diana Rigg in her first season on The Avengers.

I’m a decade too young to have cared about her in 1965 but by 1972, when the series replayed on a local channel, I watched every second. All my friends and I loved her smile and her wit and her delightfully lithe body – they shaped our tastes in women for the rest of our lives. When she left the show, I was devastated, as though the woman of my dreams had gone away forever. Talk about your foreshadowing.

Anyway, Diana as Emma Peel walks around in something sort of see-through in episode 5. 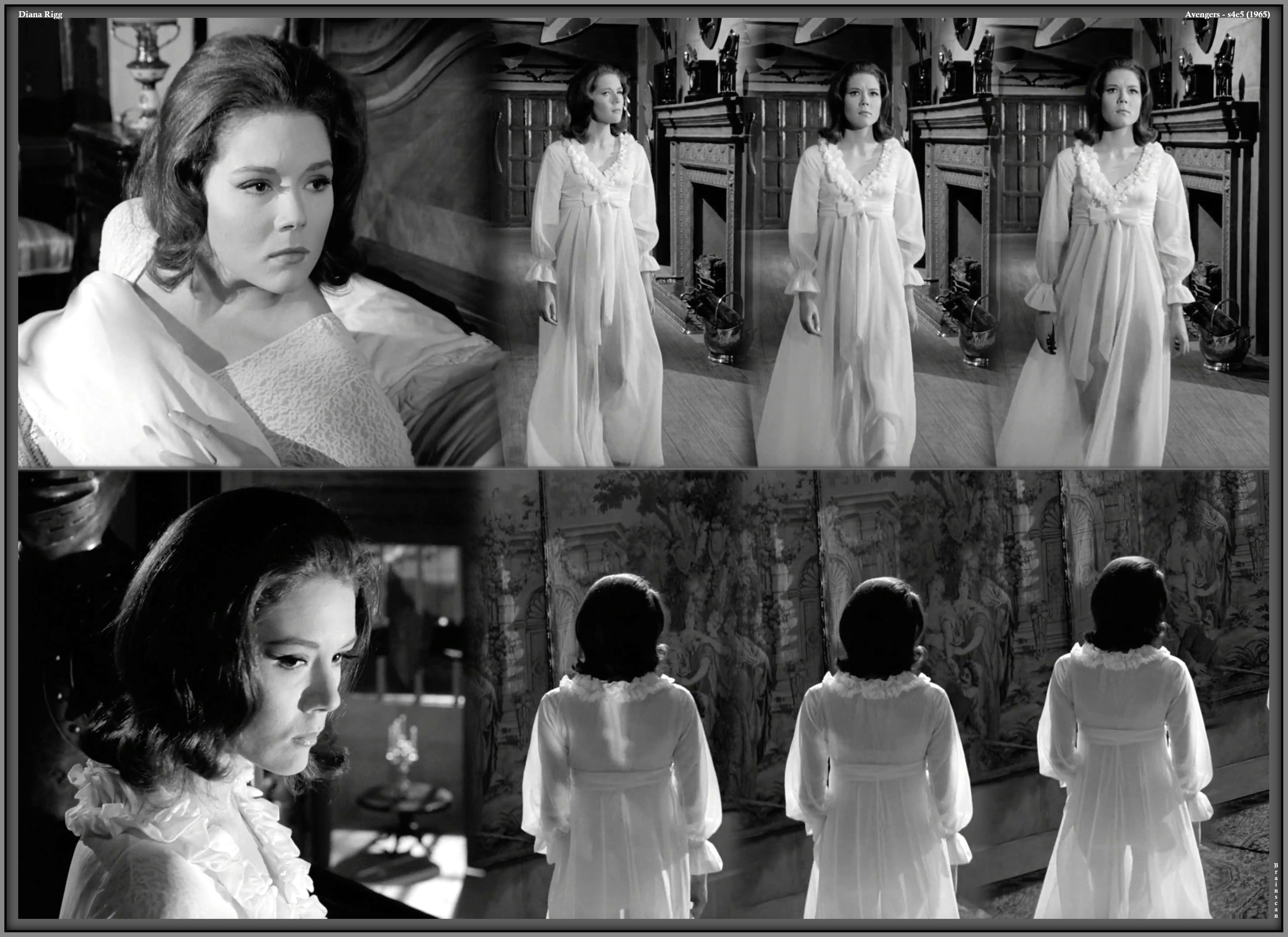 Then, dressed as Robin Hood for a costume party, she flashes some wondrous rumpus in episode 24. 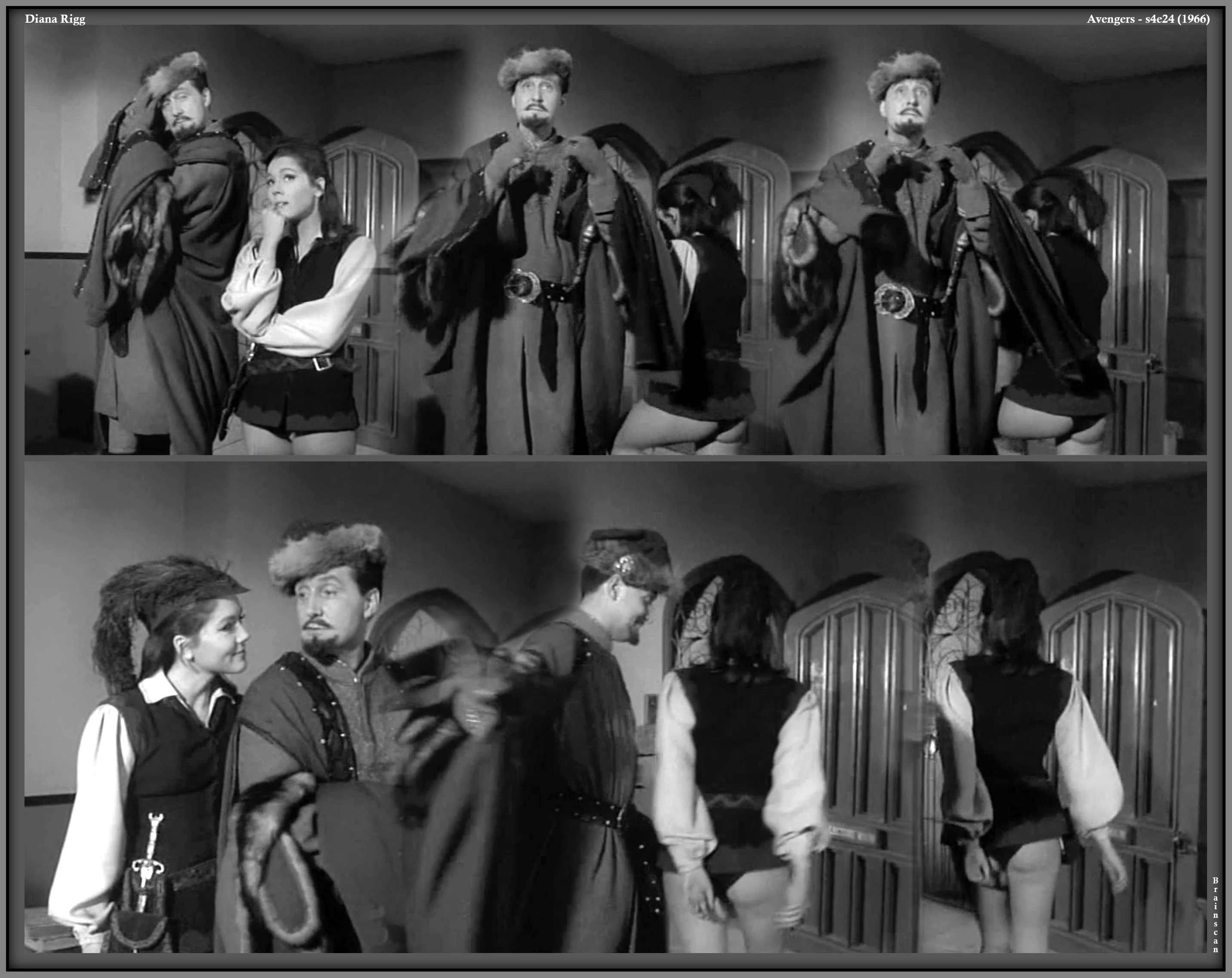 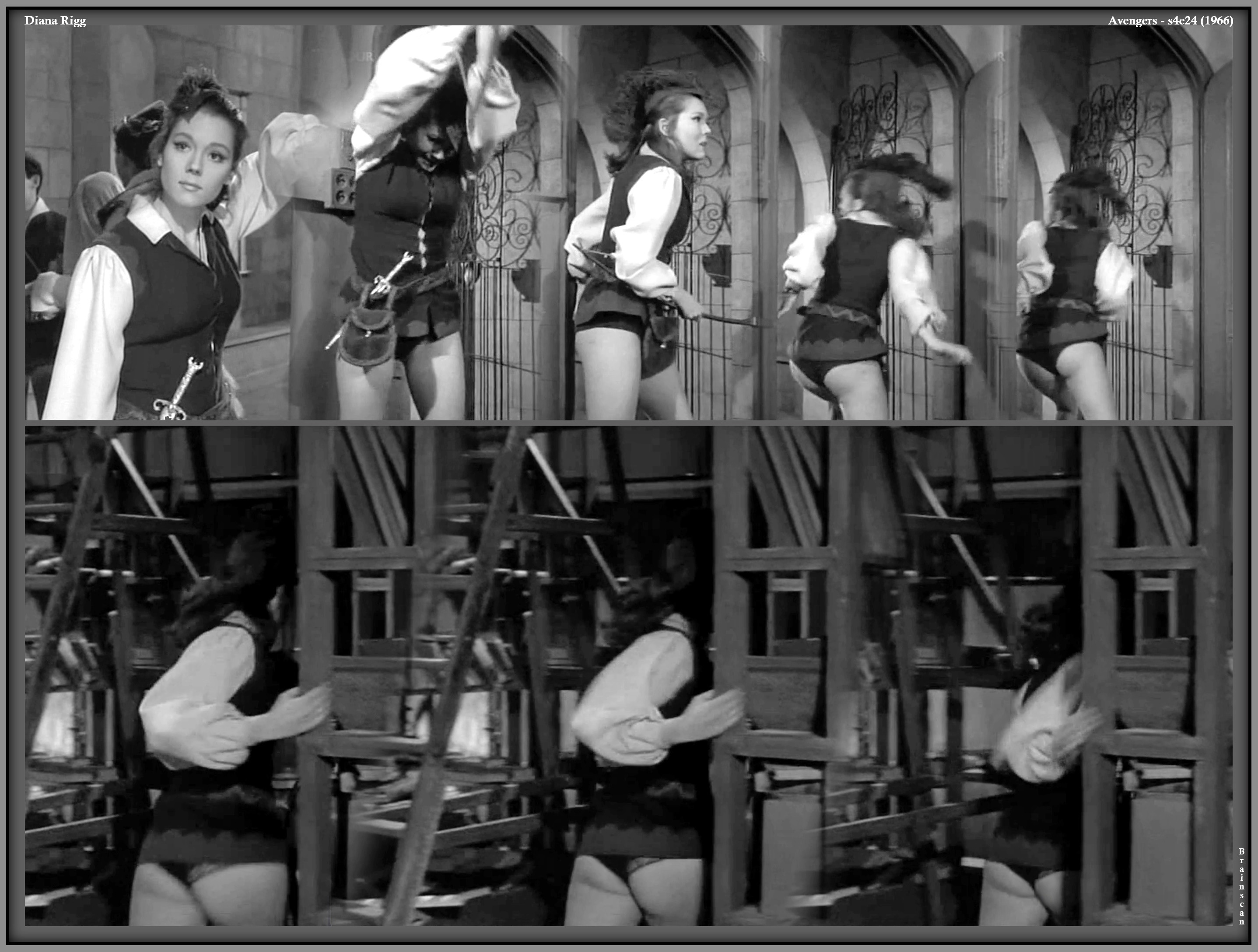