For the most part, this .gif is just her usual hand-bra shenanigans, but there are a few frames where she drops the hands.

Click on the pic to get to the video and gallery.

One more version of the .gif, with just the topless part

As you may recall, this has happened at least one one other time. 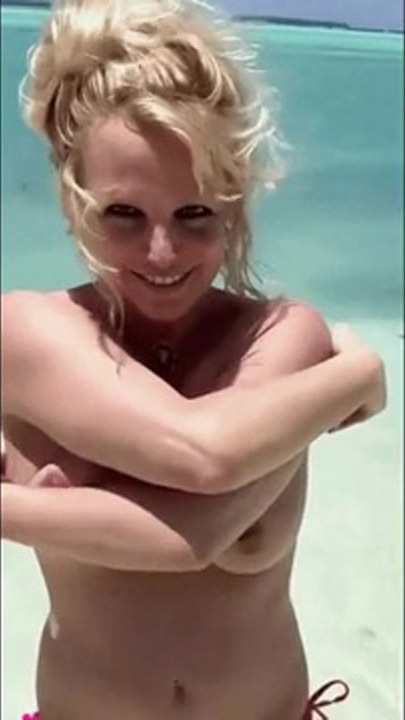 Here is a .gif of that one.

13 thoughts on “Britney Spears topless at the beach”