I don’t really want the previews on the main page, but here are two links that will certainly show you what’s goin’ on. (1, 2)

If you want more detailed comments, they are available in the Movie House

You can get the latest version of the Eric Roberts sex chair for about 28 grand, or maybe the AMAN SUITE AND SPA HOUSE EXPERIENCE – starting at forty grand for a one-night stay. There’s a “vintage” Ford Bronco for a quarter of a million dollars, or a luxury trip to New Zealand for $286,000. If you can’t afford New Zealand (you fucking peasant), you can always settle for the African safari, priced to sell at only $135,000.

If you’re a little tight on cash this holiday, maybe a $1200 Hermes box for dog toys will suit your obviously plebeian pocketbook. There is also a $400 leash and a $350 collar for your pooch.

I bought everything in the catalog. Just call me Uncle Goopy.

An ass suitable for ass-kicking (and other ass-related activities).

She is a singer, originally from Ghana.

How could they possibly have seen that coming?

Here’s how I knew in advance that this could be a problem, and that I probably should not attend: the event is called “venom fest.”

Here’s a guideline for you:

We may not know which party will control the Senate until December.

The problem is that Tuesday’s winner in Georgia doesn’t necessarily get a Senate seat. Georgia law requires a run-off if neither candidate gets 50%, and that is a distinct possibility because Libertarian Chase Oliver has about 5% support and the other two guys are about tied.

People sometimes abandon third-party candidates on election day, but if a run-off is required, and if the Republicans are ahead 50-49 for the other seats, control of the Senate could all hinge on that one state, which would be the only one voting at that time! That would bring a three-ring circus and total chaos to Georgia.

Isn’t this where we came in?

Moreover, Brian Kemp is expected to clear the 50% hurdle in the gubernatorial election, so all the media focus would be on the senatorial contest. If that happens, it would mean another annoying month of political bullshit for everyone. Of course it won’t be anywhere near as annoying for us as it will be for Georgia residents, who will be bombarded with every possible form of Walker and Warnock advertising for another month. That should fill the coffers of all the media companies in Georgia. With so much at stake, the major parties will be competing to buy up every TV spot, every radio spot, every billboard, basically every bit of available advertising. I’ve never heard of her, but IMDb has a rather detailed biography and a long list of her credits, so I guess I was asleep on the job.

You can see the rear view and several more pictures here.

Even if you are tired of the shenanigans of Kim and her sisters, even if you were never interested in them in the first place, you can’t deny that Kim works hard to keep in shape. Her waist is minuscule.

Click on the image to get to the whole gallery: 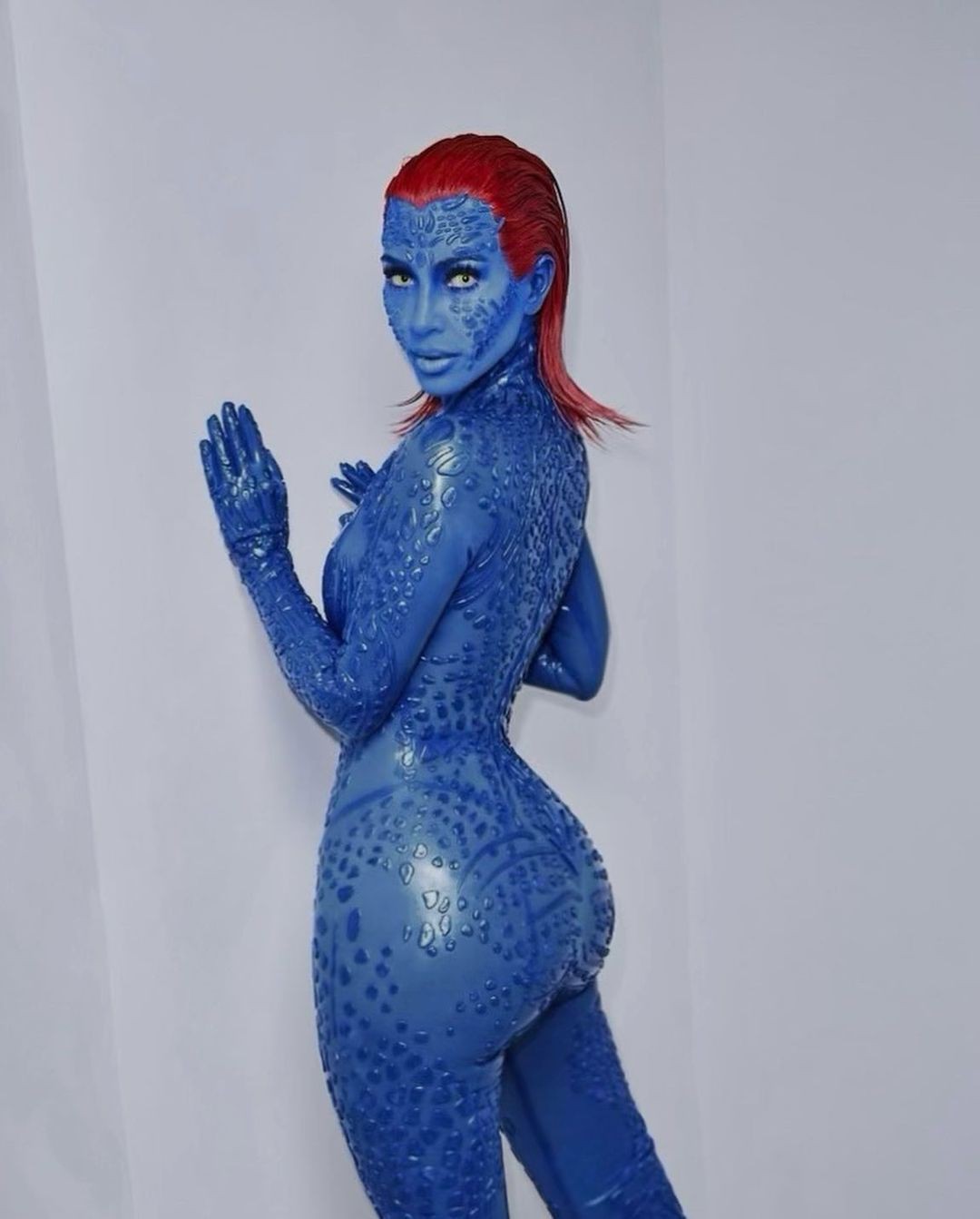