Somehow Roger Stone got in the middle of this. 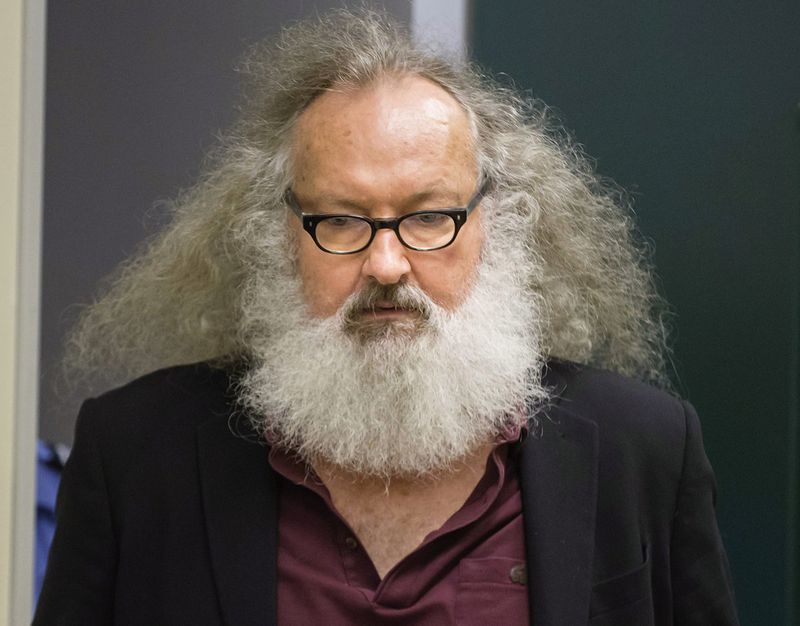 Is this a great country, or what?

“Political power in the United States will continue to shift south this decade, as historically Democratic states that border the Great Lakes give up congressional seats and electoral votes to regions where Republicans currently enjoy a political advantage, according to new data from the U.S. Census Bureau.

Texas, Florida and North Carolina, three states that voted twice for President Donald Trump, are set to gain a combined four additional seats in Congress in 2023 because of population growth, granting them collectively as many new votes in the electoral college for the next presidential election as Democratic-leaning Hawaii has in total.

Republicans will control line-drawing for 187 congressional seats over the coming year, with Democrats controlling 75 seats, while the remaining seats that need to be drawn will be decided by independent commissions or divided governments, according to the nonpartisan Cook Political Report.”

“No word from Matts (sic) camp on how he places (sic) to respond.”

That works out to more than $500 per child per day, and it’s apparently a discount based on this sentence: “Kenneth Wolfe, a spokesman for HHS’s Administration for Children and Families, said the average daily cost per child is ‘approximately $775 per day based on past experience.’”

In comparison, I just checked the price of a Sandals all-inclusive 5-star resort in Negril, Jamaica, and it works out to $300 per person per day ($4200 for a couple, 7-nights). So we could transport the kids there, hire each kid a personal nanny at $90 a day (a desirable job with a solid wage in Jamaica), house them in a 5-star resort with unlimited gourmet meals included, and still cut the price in half from that $775 figure. The older kids can even drink booze for free! (Alcohol is also included at Sandals, and Jamaica has no minimum drinking age.)

$60 million per week is three billion dollars per year – and the number of kids is expected to grow dramatically.

Of course I’m not saying that we shouldn’t take care of the kids, but perhaps we need to improve our efficiency.

“Chicago tops list of most corrupt city in US”

I have told the story many times, but it bears repeating. When one got to upper-middle management in a company I used to work for, one was required to read the “Code of Ethical Conduct,” then sign an acknowledgment of having read it.

“No official of XYZ corporation may offer a bribe to a public official.

However, there may be from time to time certain places where normal operations cannot be conducted without bribery. In such cases, the situation must be reported to the Vice-President in charge of the legal department. Such places may include Russia, Mexico, Nigeria … yadda, yadda … and Chicago!”

So, congrats to Chi-Town for living up to your hard-earned reputation.

“Robert F. Kennedy Jr. has been banned from Instagram“

“After making history by being impeached, (the President) lambasted his political opponents, painted himself as a persecuted hero and skipped his successor’s inauguration as he finished up his single term in office. In a bitter farewell address, he railed on about his many grievances and insisted he had no regrets from his time in office.”

The president in question was Andrew Johnson.

Johnson was still expected to attend the event as of the very morning of that Inauguration Day, but he begged off when his carriage came for him, and stayed in his office until the very last minute of his Presidency. “The last minute” is not a figurative expression in this case. He left the White House at noon, precisely as his term expired.

“He continued to make his case in repetitive fashion, until finally, after roughly an hour, Raffensperger put an end to the conversation: ‘Thank you, President Trump, for your time.’”

Both races are a coin flip. These races are just about dead even and have very few “undecided” voters, so the outcome will hinge completely on turnout.

The challenge is slightly easier for the GOP only because the Democrats have to win both seats to gain Senate control, so the Republicans can hold on if they win either one. For example, they could write off Loeffler, take all the national/outside money they were planning to spend on her, and put it behind Perdue instead. The Democrats have no similar option. They need both.

“It’s called the Covid relief bill, but it has almost nothing to do with Covid. Congress found plenty of money for foreign countries, lobbyists and special interests while sending the bare minimum to the American people. I am asking Congress to amend this bill and increase the ridiculously low $600 to $2,000.”

He’s right on both counts. It’s two kinds of crap

I suppose this is true, but doesn’t matter.

Giuliani now exists in a hazy and bizarre Twilight Zone in which none of his criminal actions matter from the beginning of time until January 19th, as long as he doesn’t break any state or local laws.

First of all, if he committed Federal crimes in the past, Trump can pardon him for those.

All of that sounds incredible, yet it is completely legal and constitutional. (Basically a variant of this already happened with Roger Stone, who committed crimes on Trump’s behalf, then was pardoned by Trump.) Trump and Rudy can now exploit a loophole in the American legal system. The normal constitutional remedy for this type of behavior on the part of the President is impeachment, but there is simply no time to pull that off with a lame duck President. Our founding fathers gave us no mechanism to deal with a President corrupt enough to take that kind of advantage of his final days in office. Apparently they could never imagine that a scoundrel of that magnitude could win the office.

Similarly, it doesn’t matter whether Trump can pardon himself. He doesn’t need to as long as Pence is on board. The same sort of loophole applies to him. He can commit any Federal crime he wants to between now and January 19th, as long as he steps down that day and allows President Pence to be sworn in and issue a Nixon-style pardon to Trump. That’s perfectly constitutional, and comes with an unchallenged precedent in Ford’s pardon of Nixon. The only question is whether Pence is willing to be a faithful lapdog. I guess you can forgive the Founding Fathers for missing this one, because they did not create a system in which the President and Vice-President would be partners. In the 1796 and 1800 elections, they were opponents. (Second highest number of electors became VP). It was not until the 12th Amendment in 1804, about 16 years after the ratification of the Constitution and nearly 30 years after the Declaration of Independence, that the modern system became operative.

According to Gallup, approval of the USA’s leadership is at the lowest point ever in many, many countries, and to make things worse (1) that includes our most trusted allies and (2) those net approval ratings are so low that it may take years or even decades to turn them around, if they can be turned at all.

Germany: minus 83% (6% approve, 89% disapprove)
The UK: minus 60
Canada: minus 65
The Nordic countries: all minus 60 or worse
Other major European powers: between minus 55 and minus 65
Australia and New Zealand: in the high minus 30s.

Among all the free world powers, only Japan continues to hold a slightly positive view of the USA (39% approve, 38% disapprove).

I guess Americans can take some consolation in the fact that our most powerful geopolitical rivals are just as unpopular. The median positive approval for the USA stands at 18%. Russia and China are almost identical at 19% and 17% respectively.

The world now looks to Germany for leadership. (There’s one of the more frightening sentences written in the past two centuries.)

END_OF_DOCUMENT_TOKEN_TO_BE_REPLACED

This is unreal. Trump abruptly walked out of Dan Gable’s Medal of Freedom ceremony today, leaving Gable shrugging and at a complete loss about what he was supposed to do. pic.twitter.com/mOzlLn8poC

Just a matter of passing interest.

In the era between WW2 and Trump, only two elected presidents have run for a second term and lost the general election:

The comparison is made more significant by the fact that Americans were not universally and specifically rejecting Carter and Bush, two decent men. Many Americans liked those two but nonetheless turned out to vote for charismatic opponents in elections complicated by substantial third-party voting. In the 2020 election … well, nobody thinks of Biden as Joey Charisma. Furthermore, down-ballot Republicans did fairly well. It’s obvious that the vast majority of those eighty million people who voted against Trump were casting votes specifically to reject Donald Trump.

In fairness, we should also note that no President running for re-election ever received as many votes as Donald Trump.

Voter turnout in the 2020 Presidential election was the highest it has been in 120 years! There were record numbers of votes for the president, and even more impressive record numbers of votes against him. Because Donald Trump is so loved and so hated, he has in a sense re-energized American democracy as much as he has polarized it. His very presence has made people on both sides more aware of the importance of the right to vote, and of the potential cost of not exercising that right. He has raised the stakes.

Also up for wagering:

Trump will obviously want to replace the man with a totally unqualified loyalist buffoon. But the betting line is … which kind of unqualified buffoon?

1. Biden has won Arizona and Georgia.

Several recounts will happen, but the margins are all far greater than the largest amount ever shifted by a recount.

The lawsuits will not change any results. They are all either lacking in merit or so insignificant as to have no impact on the result.

I’m sure you are well aware that all eyes and everyone’s remaining dollars will get poured into Georgia, where control of the Senate is at stake. Everyone in Georgia is likely to remain as annoyed with their fellow Georgians as we all have been with each other for months, and everyone in the state will be miserable except the TV, radio, print and billboard salesmen, all of whom stand to earn record commissions from the expected deluge of political ads.

One thing the author seems to be unaware of is the fact that one cannot lump “Latinos” into a single stereotypical group. The author seems to be surprised that the Latinos in Florida are very different from the others. Lumping Cubans into the Latino monolith is like placing Alabamans and New Zealanders in the same group because they both happen to speak English. In fact, the Alabamans probably vote much more like the Cubans.

One point bears repeating, although I point it out far too often. The country is sharply divided between poorly educated whites and all others.

But that is offset by the fact that the “all other” group is larger in size, so Trump loses more ground with that group than he gains with the poorly educated whites.

There has been quite a metamorphosis of the parties over the recent decades. In Ike’s day, blue collar whites voted for Democrats. It’s no simple matter to explain why they changed. Back then the union workers were voting in their own economic interest, for a decent working wage, a social safety net, and better educations (promising upward mobility) for their children. Now they seem to be voting against themselves, for a party that opposes affordable universities and universal health care while pushing tax breaks for corporations and the rich.

Ummmmm somebody come look at this pic.twitter.com/bDzZpkaU1z

The best part is this: 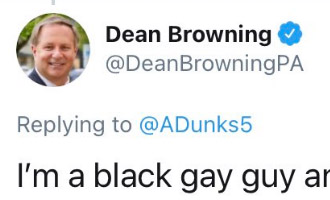