Nothing really worth mentioning. Everything proceeded according to expectations, possibly excepting the appearance of Duke in the Top 25.

Sagarin’s computer ratings present a somewhat different take on the matter. He ranks some two-loss teams pretty high based on the strength of their schedules.

(Texas A&M is ranked #12 by Sagarin, for example. They are not in the top 25 in the AP poll. The computer rating of the Aggies actually makes sense given that their two losses are to the top two teams in the country, and they came close to beating Clemson, although they were pummeled by Alabama. But then, who doesn’t get pummeled by Alabama? The Aggies lost by a “mere” 22. ‘Bama’s other opponents have lost by 37, 50 and 55.)

I personally like the redesign, but a couple of you have commented that you do not. If you prefer the old black/aqua style, you can switch back by clicking on “Use old theme” at the very bottom of “Key Links.” I do not recommend it, because I’m now creating the page with the new format in mind, so some things will look funky. If you do try it and want to escape, you can then find the comparable link at the bottom of the “Key links” in the old layout. Obviously, the text to be clicked in this case will read “Use new theme.”

Again, I do not recommend it, and I prefer that you not switch to the old theme.

If you miss being able to read the headlines and a text snippet without the pictures, a viable alternative is to use the RSS feed with one of the standard RSS readers. (I use the free version of Feedly, but I’m sure there must be others as good or better.) That is, in fact, how I read about 75% of the sites I check daily. If they have an RSS feed I use it. That lets me check something like 30 websites from a single page.

Well, technically that isn’t accurate. Ashley played Norma Jean, while Mira Sorvino played Marilyn. It was one of those dime-store psychology things. Will Joe Arpaio’s pardon be invalidated?

The legal debate hinges on whether the President has the power to override a contempt of court citation (as opposed to a jury decision).

There’s a reasonable case that such a pardon violates the constitutional separation of powers.

“PDP cites the Supreme Court opinion in the 1987 case Young v. U.S. ex rel. Vuitton et Fils S.A., which said the criminal contempt power is so central to the judicial branch, it may not be left to the mercy of the executive branch. The power to punish those who disobey judicial orders is essential to vindicate the authority of the courts, and should not be dependent on the legislative or executive branches.”

Maybe so, but the Constitution places only these limits on presidential pardons: (1) they are limited to offenses against the United States, so he may not pardon somebody for violating a state law; (2) they cannot be applied in impeachment proceedings.

In other words, both sides have a case to argue. I’m not sure how the hearing will go next week, but the Supremes will ultimately have to rule on it.

Even by his own lofty standards for infantile grudge-based tantrums, this is off the charts. I know it seems impossible that he keeps raising the bar of his own pettiness, and yet he does it! 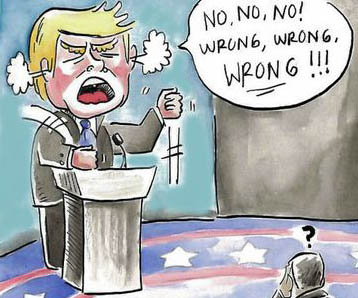 He actually said he won’t consider Puerto Rican statehood until all its office holders agree with him! “With the mayor of San Juan as bad as she is and as incompetent as she is, Puerto Rico shouldn’t be talking about statehood until they get some people that really know what they’re doing.” Trump said that when “you have good leadership,” statehood for Puerto Rico could be “something they talk about. With people like that involved in Puerto Rico, I would be an absolute no.”

The Governor of Puerto Rico, who has been complimentary of Trump in the past, was appalled by this. “The president said he is not in favor of statehood for the people of Puerto Rico based on a personal feud with a local mayor. This is an insensitive, disrespectful comment to over 3 million Americans who live in the U.S. territory of Puerto Rico.”

Not only that  – and I’m not completely kidding about this – the joker’s skin tone and hair color are more natural, and his make-up is subtler, than our President’s.

Here’s a topless picture of Kate Moss that I don’t recall seeing before. 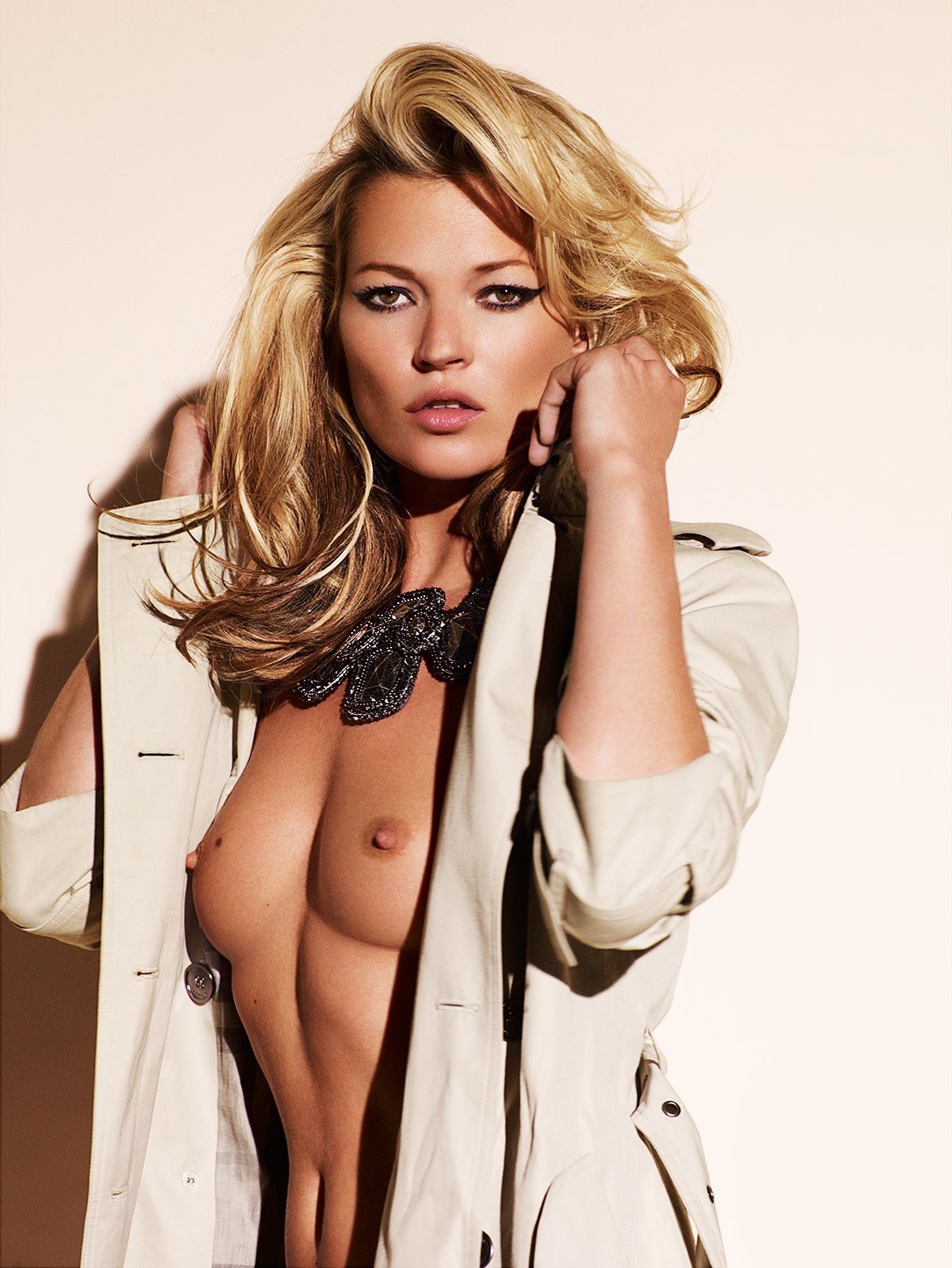 Bo Derek, Tarzan and the Ape all took a nice bath together, shortly after Bo was painted by Goldfinger’s totally impoverished cousin, OffWhiteFinger.

TRIVIA: Interestingly enough, OffWhiteFinger looked so much like his twin EggShellFinger that only women and gay guys could tell them apart.

I have mentioned before that I saw Trading Places in a theater, and there was an audible gasp from the movie audience when Jamie Lee Curtis took off her shirt.

Silverfinger is, of course, Goldfinger’s less prosperous younger brother. I guess the finances of Mr. and Mrs Finger were strained by their additional children. (Goldfinger was the oldest. Their youngest son, Ironfinger, was penniless and committed suicide). To his credit, Silverfinger did paint a nude Kim Kardashian in silver for a Mark Selinger photo, but it appears that his credit card was ultimately rejected by Sherwin Williams, because he didn’t have enough to cover her face. 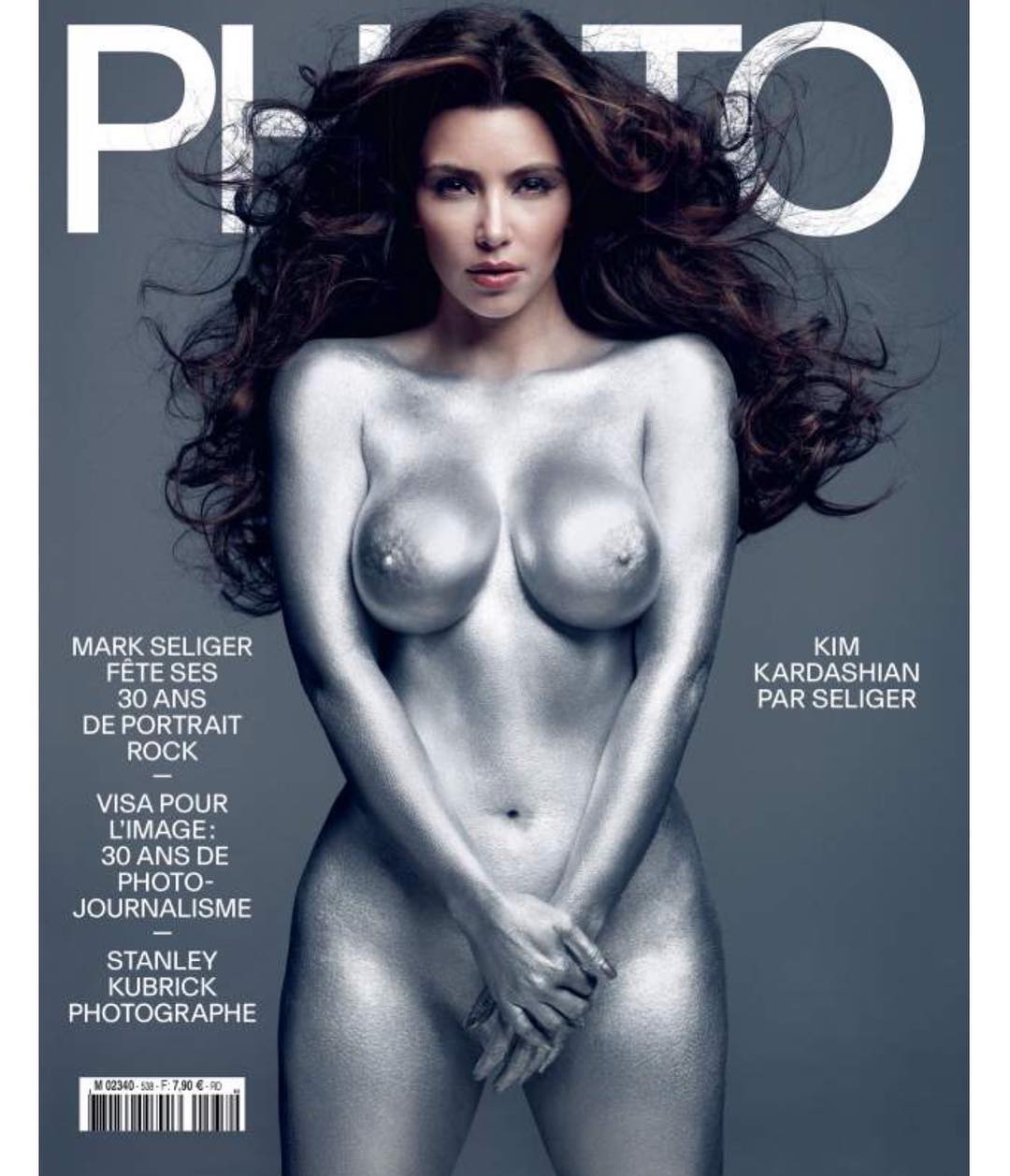 Rene Russo’s performance in the remake of The Thomas Crown Affair finished in second place in our very first annual poll – The Top Nude Scenes of 1999.

In Species (1995), Natasha Henstridge turned in another of the great nude performances by women playing space creatures, in the proud tradition of Mathilda May in Lifeforce (1985).

In perhaps the hottest sex scenes ever filmed between A-listers, there were some pretty good peeks at the area between Angelina Jolie’s thighs in Original Sin. Banderas noted in the commentary track that he was shocked when Jolie showed up stark naked, sans modesty patches, to do the scene.

Most of the female beach volleyball players expose a pretty high percentage of their buttocks, but Maria Bocharova really goes the extra mile.

That’s not surprising. He’s the best young player I’ve ever seen, including Mickey. The guy is brilliant at every aspect of the game, and he’s still only 27 years old, although this is his eighth year in the bigs. And before that he tore up the minors when he was just a kid, amassing a cumulative minor league batting average of .341, including .403 in AAA. The last guy to tear up the minors like that was Willie Mays, who is often considered the greatest overall player in history. Yes, I know another player also has a case to make that claim, a certain George Herman Ruth, but when the dust clears Trout may have surpassed both of them.

But the key point here is that the Angels are 1-5 in that streak. In the game where Trout did not homer, they were shut out! He is, more or less, the whole team. As good as he is, maybe the Angels ought to consider trading him for a massive package of prospects or up-and-comers. (Maybe nobody has that level of resources, but there are a few teams that could peel off some big bucks from an unlimited bankroll instead.)

Michael Moore takes on both Hillary and Trump

“For those on the left side of the aisle (which you have to assume comprises the vast majority of Fahrenheit 11/9’s audience), the first 10 minutes of the film will be the most divisive. In no uncertain terms, Moore asserts that while James Comey and Russia certainly didn’t help matters, Hillary Rodham Clinton also did not run a very good campaign. Those who still manage to look back on Clinton’s campaign fondly will be disavowed of the notion that she had a competent strategy as Moore takes us back in time to the days before the election in a cringe-inducing, horror film-style sequence backed by Rachel Platten’s ‘Fight Song.’

Moore shows us a parade of self-satisfied celebrities and pundits absolutely sure that Clinton is going to win. He shows us a hubristic Clinton brushing off questions about Goldman Sachs donations. He shows us despondent campaign workers in Wisconsin and Michigan trying to convince themselves that Clinton’s absence from the trail in these crucial states is no big deal. We see Rep. Keith Ellison (D-Minn.) and Moore himself warn that Trump could win only to be laughed at by fellow talk show panelists and media grandees.”

“The NFL has made its policy on how to treat quarterbacks clear: Do not touch them. Do not hit them too hard, either. Don’t put your weight on them. Be delicate. No tussling of hair. Wedgies will lead to ejections. No harsh language, finger-pointing or sarcasm aimed at them. Tickling will be a 15-yard penalty. Talking about a quarterback’s momma will lead to a fine.”

“If the penalties hadn’t made the policy clear enough, the NFL even released a statement Sunday to make it clearer: ‘We strongly encourage all defensive players to not hit the quarterback ever,’ the letter from Commissioner Roger Goodell’s office read. ‘Instead, buy them a drink. Treat QBs like silk pillows. Cuddle them. Hug them. Speak to them softly.'”

She’s the woman who prides herself on getting naked in sacred places.

… depending on your point of view.

“Research Says The More Sex You Have, The Longer You’ll Live”

My reaction to this finding hinges on a key question: Does jerking off count as sex? (With the right answer I may be immortal.)

If this is true, then why do nuns always live to be older than giant tortoises?

The city has not been enforcing the zoning code — until now. “The hammer is coming down on this; it’s only weeks or months away. There are 20, give or take, clubs acting in New York — this law could get them down to between four and eight.” That has left some clubs scrambling to expand to new locations not in residential areas.

No surprises at all. Did you really expect to see Sully Sullenberger or the late Lee Marvin on the list?

“From famed photographer, and then-boyfriend, Mario Sorrenti. The standard edition is $100, but for $1,000 you can score one of 100 limited editions which include a NSFW gelatin silver print signed and numbered by Sorrenti.”

(Sorry. The pics are not as good as this sounds.)

Brie Larson’s bethonged behind in The Trouble With Bliss 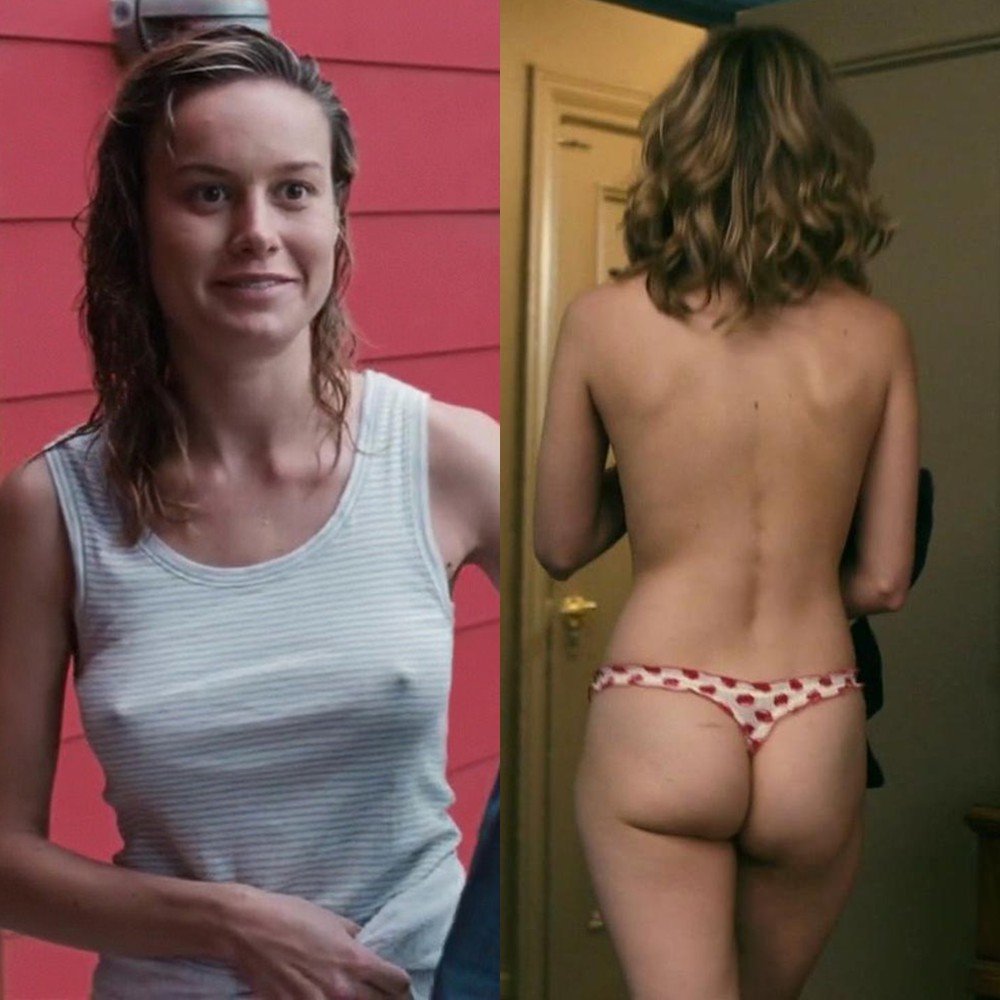