The Sansa seat is on display

That’s enough to give a full pound of pork to every adult in the United States. If you’re not Jewish or Muslim, you could have had more than a pound, because they wouldn’t have wanted their shares.

So to all those workers who stayed in the meat packing plants and got COVID: China thanks you for your sacrifice.

A .gif of a really great non-nude scene from Summer Catch (2001). Sample below. 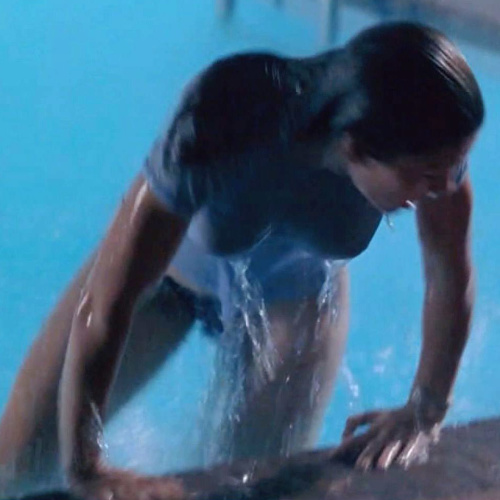 And a bikini scene from Summer Catch.

It seemed that the star of Summer Catch, Freddie Prinze Jr, was in every movie about 20 years ago, but I haven’t seen him in a movie in years and years. Seems like I turned my back for a second and he became a gray-haired guy, 44 years old, exactly double the age of his dad when he died. That kind of makes it seem as if Jr and Sr have reversed roles.

Her famous see-thru dress from way back in 2002.

Jessica Biel in Powder Blue (2009). One more from Powder Blue. This was #3 on our Best Nude Scenes of 2009. That was her only appearance in our annual lists, which date back to 1995, the year the Fun House began.

Semi- but not fully transparent

Pictures in her feed that don’t feature her breasts: nearly zero

Did I even play golf if I didn’t do a mid round photoshoot in a cart?

“That right there, my peeps, is absolute perfection.”