Jessica Chastain Transforms Into Tammy Faye Bakker in New Biopic: I Was 'Blown Away By Her Story'​ https://t.co/22k6oUsLcg

Panic Button (1964) is kind of a grade-Z predecessor to The Producers. For reasons of his own, a sketchy businessman needs to produce a TV film pilot guaranteed to fail, so his son (Mike Connors of Mannix fame) hires an elderly Maurice Chevalier and Jayne Mansfield to play Romeo and Juliet. The plot ultimately backfires when the Venice Festival awards it a special comedy prize, and a network offers a lucrative 39-week contract for more of the same.

The balcony scene occurs around the 1:21 mark.

Malu Trevejo – twerking in a blue bikini – May 21 The full video for Lost Cause:

“This means Azzam, one of the largest superyachts ever built and rumored to have cost around $605 million, might set its owner back over $60 million in maintenance and operating costs each year.”

To cite the esteemed scholar and philosopher, Jeff Spicoli:

Temporarily halting 100% of Bulgaria’s economy and forcing their government to dig deep into its strategic olive oil reserve.

This series has been a big disappointment this season. After three years, there’s almost no nudity any more.

Hey, come to think of it, that really is a realistic girlfriend experience. And she’s not shy about low-cut tops 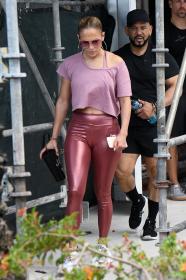 “Now she’s in a sheer outfit with her tits out … which is a good look for everyone.”