Sarah Jayne played a popular character on Channel 4’s Hollyoaks for 25 years – until they dropped her for posting nudes on the internet.

I wonder what they think the internet is for.

Turns out this is quite a nude performance. She spends about 20 minutes naked, but some of that is obscured by camera angles.

It seems like it must be Bella Hadid day here 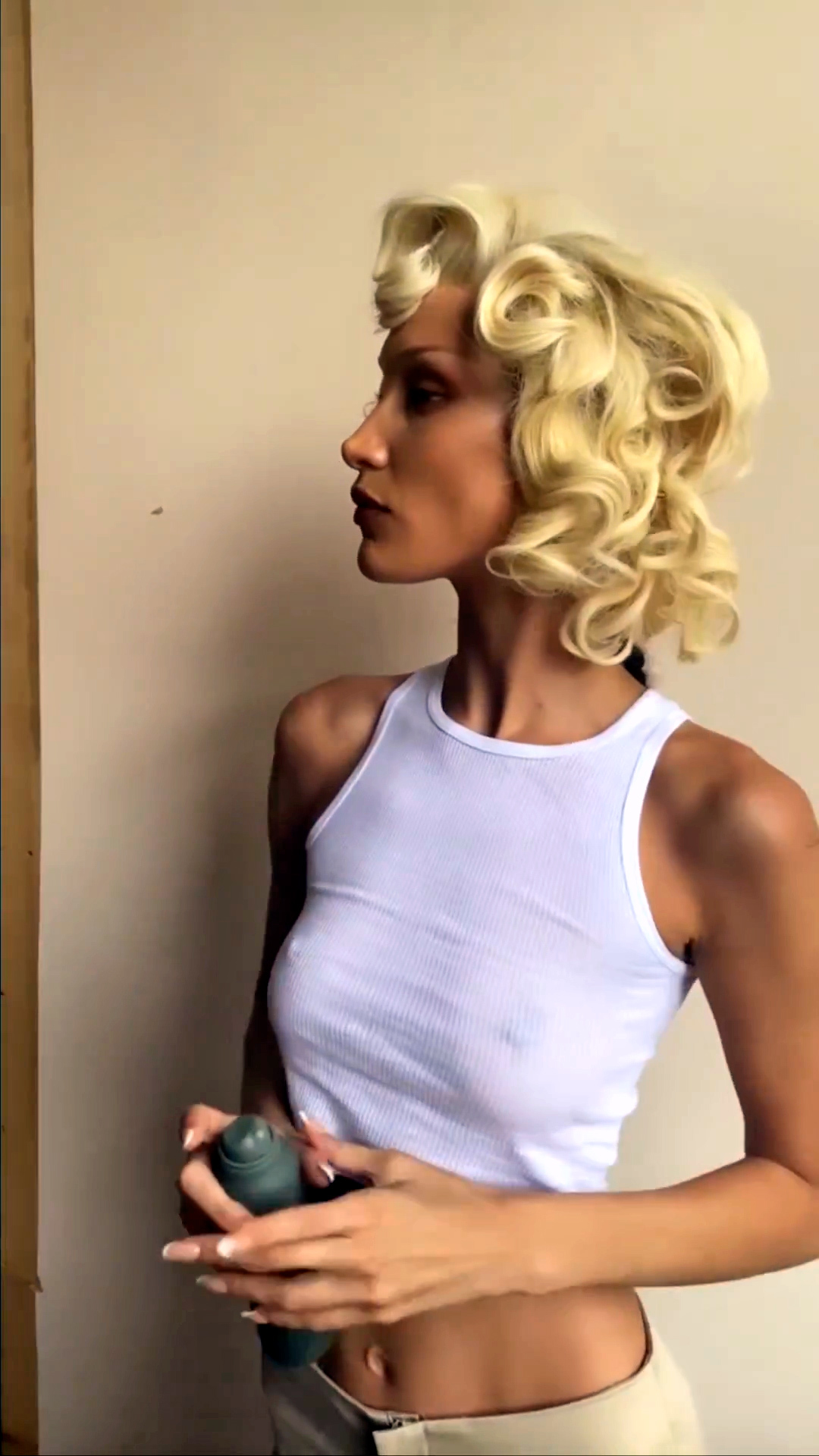 Lots more from this session here.

Eight people, including five children, were injured after a Thai navy helicopter dropped flowers and sweets over a National Children’s Day event.

There’s a lot of speculation about his future, but Brady is saying nothing.

Will a guy with that much pride be willing to quit on a sour note?

Can he get up for another season? That picture is just the tip of the iceberg. Other pics show her pokies and even a bit of her pubic area.

Tana is an internet personality, though nobody seems to know why. She doesn’t sound like a very appealing character. 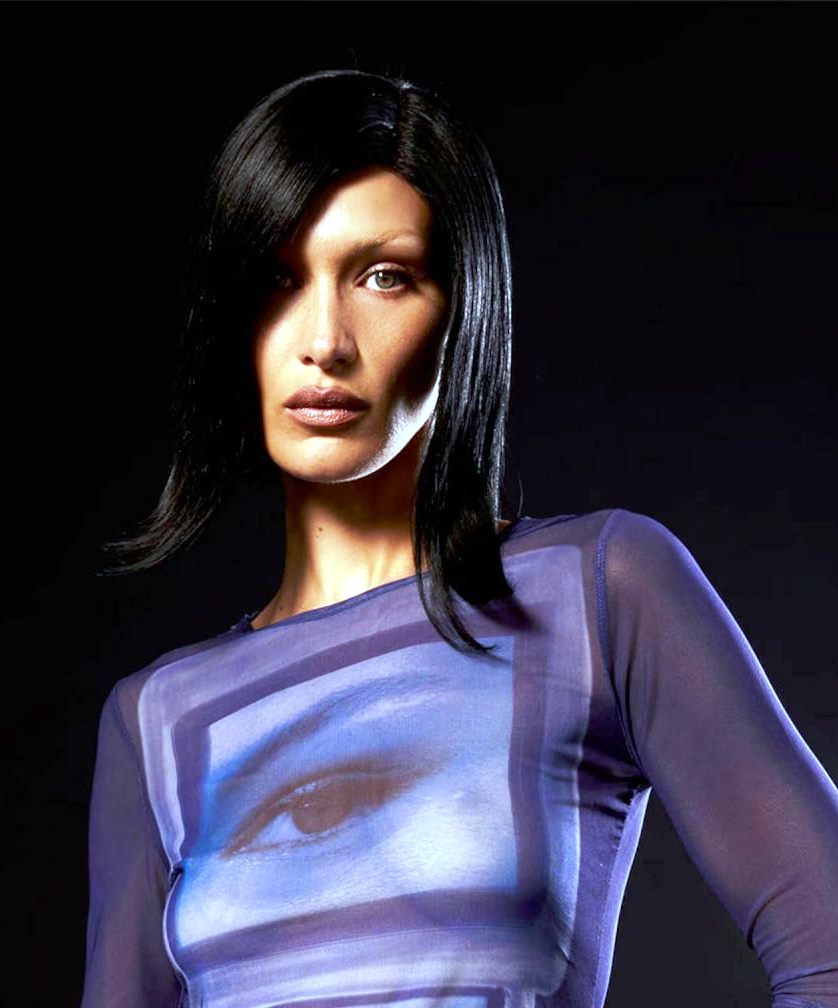 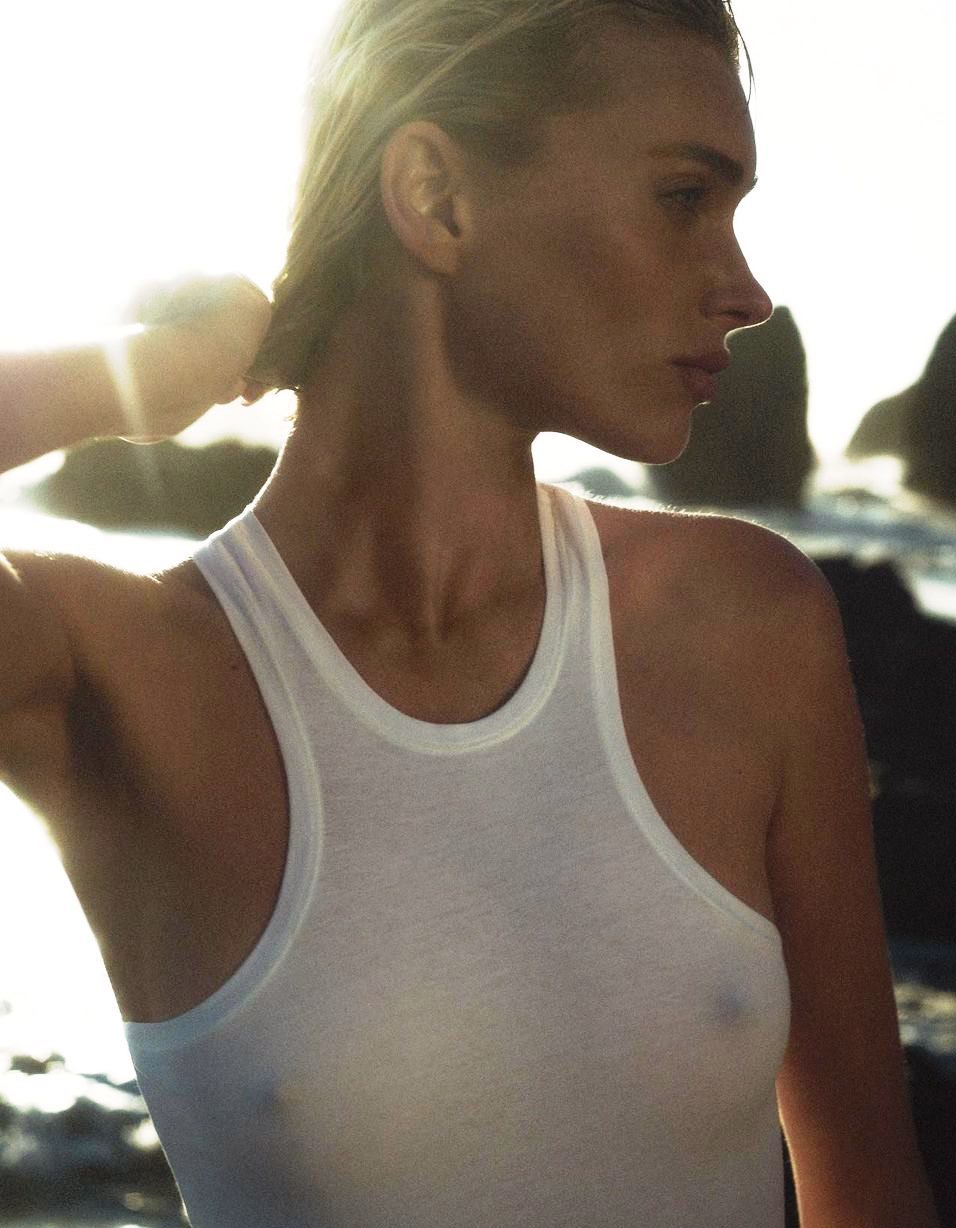 I’m not sure of the cause of death, but I’m going to guess that she wasn’t killed trying to realize her dream of becoming an MMA champion. Kidding aside, she ran for office last year at an age when most people don’t think it’s worthwhile to start a long-playing record.

As usual, Variety did a good job on the obit.

David Letterman proposes to her:

As far as nudity goes – almost none. She was born too soon. The peak of her career was in Hollywood’s non-nude years (1935-62). She was already 40 in 1967, when nudity was becoming more commonplace in films.

She appeared in a see-thru in That Splendid November (1969) 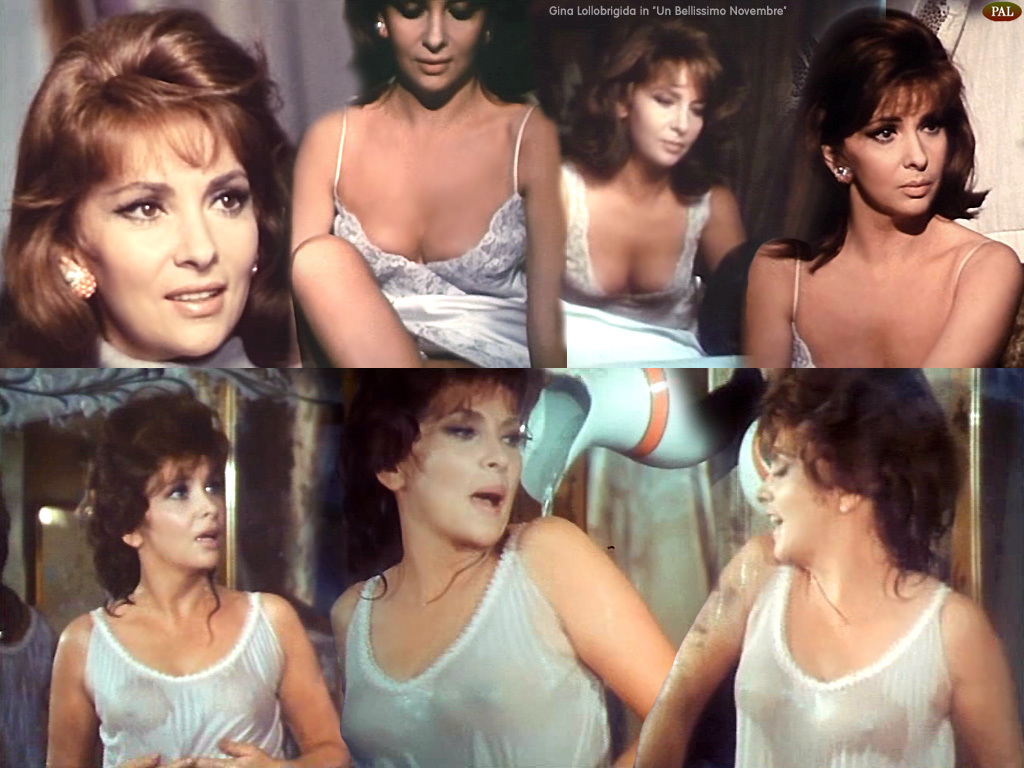 And also appeared in the same outfit for a publicity still Director Rene Clair did sneak in a very brief peek at the top half of Gina’s butt in Les Belles de Nuit (1952) . 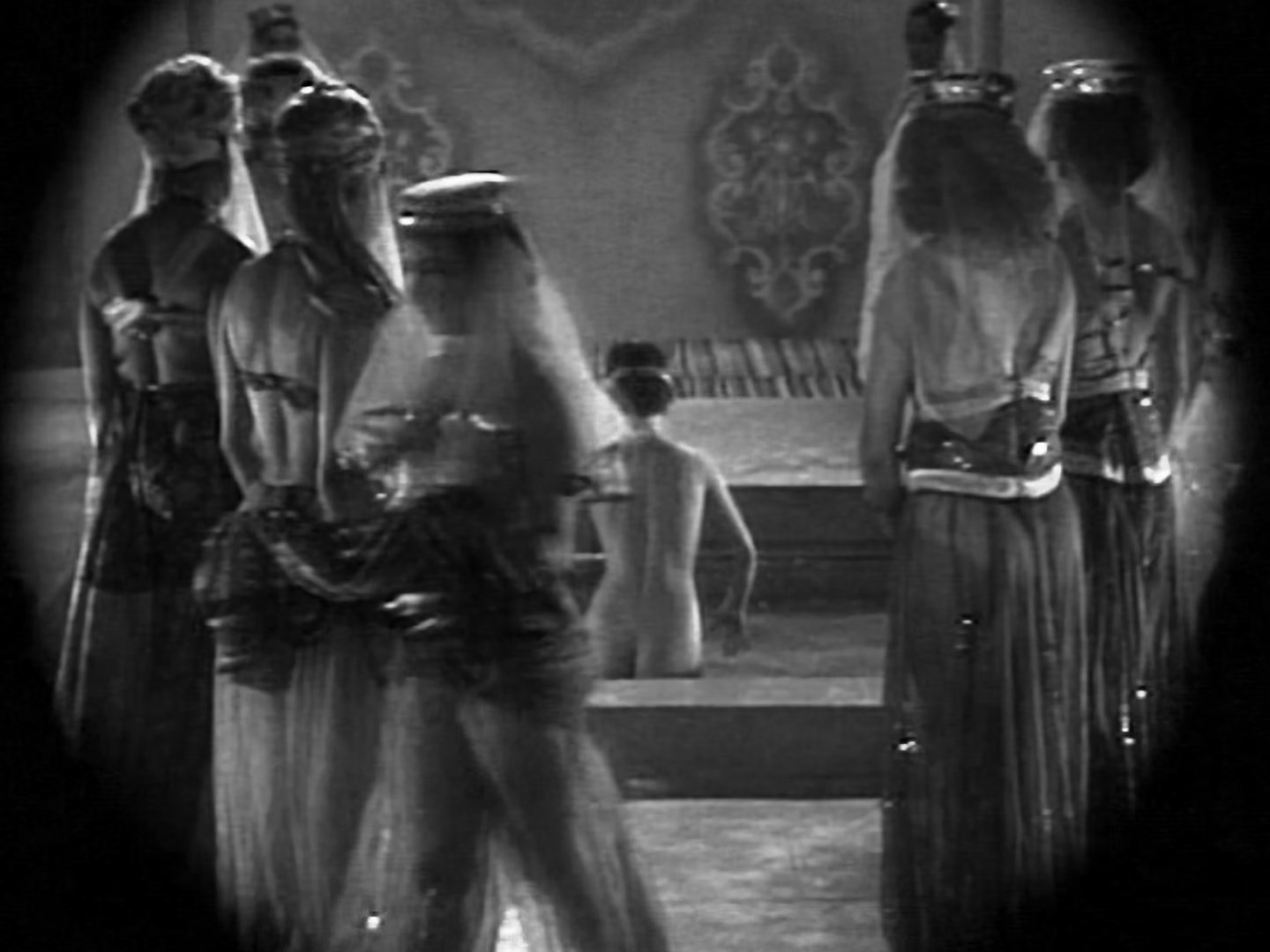 (With the old fashioned-techniques on display, and a little bit of nudity, it’s hard to believe that’s a 1952 film. If I had just seen that frame without the context, I would have guessed no later than 1934, maybe even silent era.) IMDb lists this as a 2021 film, but with ZERO votes, so it’s safe to say it was not released until this week. 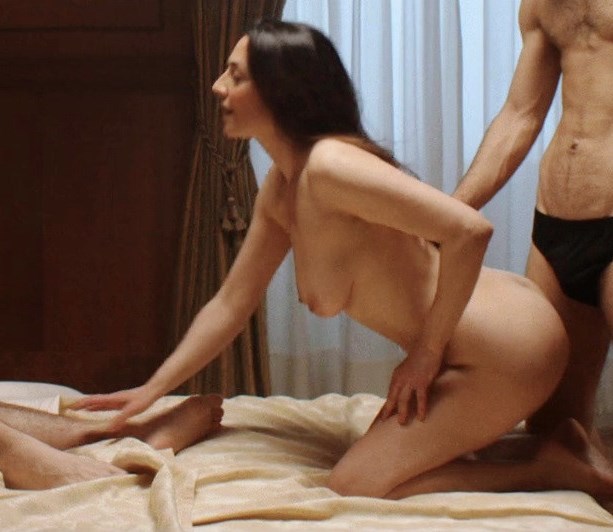 You may recognize the title from an acclaimed 2002 Spanish-language movie called El Crimen del Padre Amaro. It was nominated for the Oscar as the best foreign language film. It attracted special attention here because of some nudity from beautiful Ana-Claudia Talencon (immediately below).

Although the story was about the 21st century travails of the Catholic Church, with particular emphasis on Mexico, the source of the story is neither modern nor in Spanish. It is an 1875 novel in Portuguese (O Crime do Padre Amaro). The story was later turned into A 2005 Portuguese film that had some box office success in Portugal, but attracted little notice elsewhere.

It is now being turned into a six-part Portuguese mini-series which will stay closer to the original story. There was some nudity in the first episode, but it is minimal: a poorly illuminated butt

The nature of the story does support nudity, so I am hoping for much more in future episodes. 23-year-old Barbara Branco is beautiful, and as you can see from the side shots below, her breasts are huge.

She looks a little like young Phoebe Cates, but with the breasts of young Daddario.

Solomon Pena is our criminal mastermind o’ the day.

The master criminal and his hit men at work:

“Albuquerque police announced the arrest of Solomon Peña on Monday. He had expressed anger over his November loss and alleged that election fraud played a role, police said.”

These things make the story even more interesting:

1. His election loss wasn’t a nail-biter. He lost the election by about 3,600 votes – in a district where only about 7,600 votes were cast! He got only 26% of the votes, and nobody in his party has ever done much better in that district.

2. It’s difficult to imagine that he even got his 2,000 votes, given that he has previously been convicted of 19 felonies and spent seven years in the calaboose.

3. But I suppose he got a certain number of protest votes, give that the guy he ran against is a complete moron (who happens to be in a safe district that always votes 75% D). 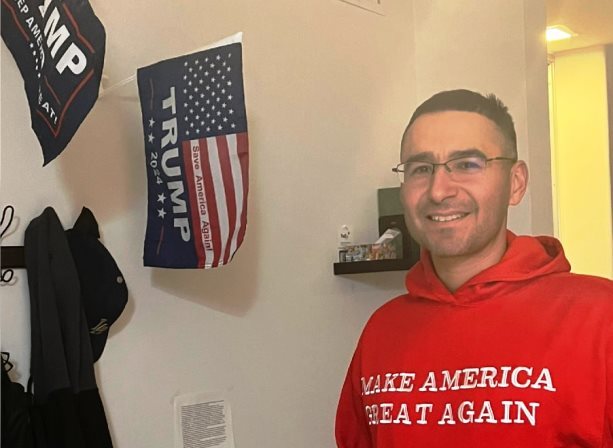 I can forget how impressive her career was! A reminder is always good.

There are about ten female celebrities who are supposed to be hot, but whose appeal escapes me. Bella is one of those. In her case there may be the largest gap between the hype and (my) reality, because she has been touted as the world’s most beautiful woman. Sure, she has a nice figure which looks good in lingerie, but there are many stars and models with shapes just as good or better. And her face does nothing for me. I don’t even find her the most beautiful woman in her family, let alone the world.

Off the top of my head, I’d also place Millie Bobby Brown and Victoria Beckham in my “I don’t get it” club.

And while I think Emma Watson is really cute, I don’t get why some guys go ga-ga over her. Monica Bellucci, she ain’t. It must be because she grew up before our eyes. I guess Millie Bobby possesses that same mystique.

Which beauties don’t do it for you? 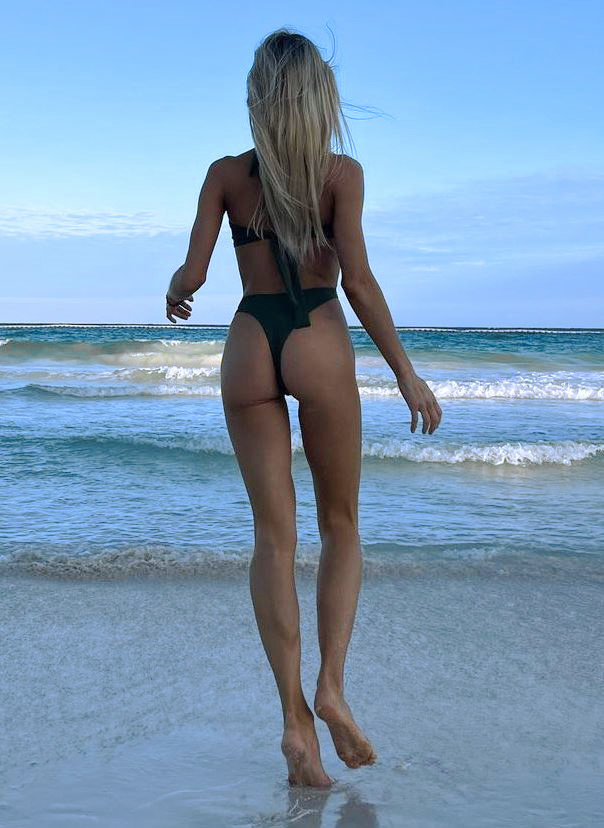 A full gallery of Joy in that thong bikini

Here she is pre-pregnancy.

And here she is now.

A huge gallery of the “Janelle Monáe see-through at the 28th Annual Critics Choice Awards!” 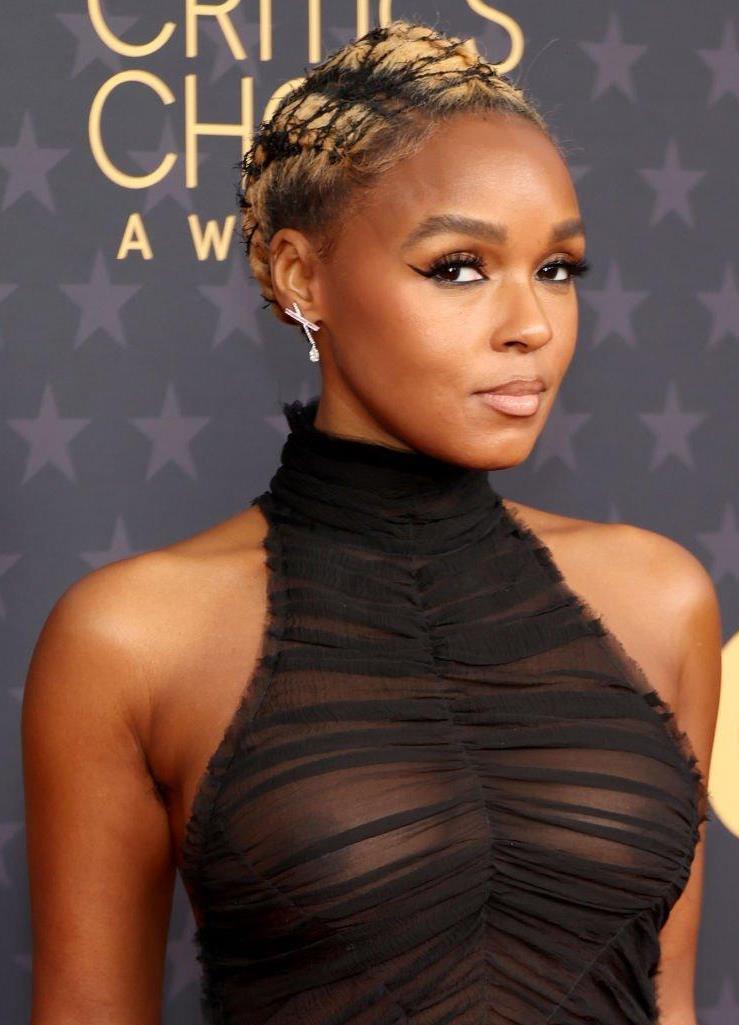