Here is the complete COVID report for Thursday.

The global numbers show continuing progress. Cases are down 8% from last Thursday and fatalities are down 7%.

Unfortunately, American fatalities are completely out of control. The NY Times reported 3,400 COVID deaths on Thursday, the highest single day since early February.

Kentucky made the “worse than the third world” list, which means that both their fatality rate per capita and their rate of new cases per capita are higher than the worst country in the world on each of those lists. That means they have higher death rates than Malaysia AND higher case rates than Serbia. Beating every country in both criteria is almost impossible to achieve because many of those countries treat viral diseases with rhythmic gyrations and incense.

The map below shows the states that were worse than any country in the world on either of the two measurements (and Kentucky which was worse on both). 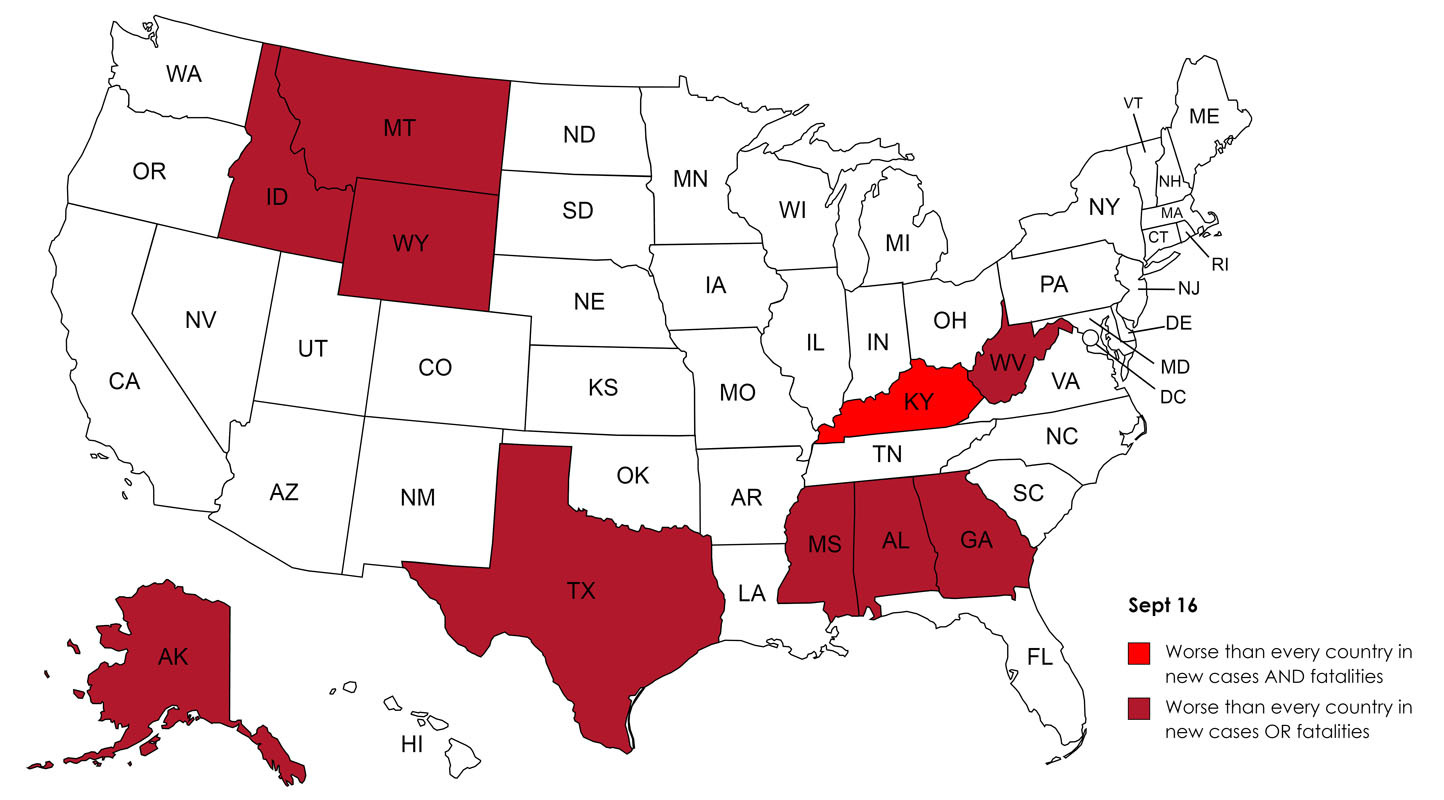