The Ted Cruz cut: Business up front, insurrection in the back pic.twitter.com/1iXk4QizBJ

FBI says he posted a selfie on FB, commented “just wanted to incriminate myself a little lol”

When someone tweeted those inside were infiltrators, Miller replied “Nah we stormed it” and “Assassinate @AOC”
(@wfaa) pic.twitter.com/4Wlvlafi6Q

“To hear some folks on the fringe tell it, the U.S. Geological Survey, which reported the Dec. 9 earthquake, wasn’t telling everything. What really happened, they say, is that the U.S. military dropped a bunker-buster bomb on a hidden horde of 50,000 Chinese troops.”

It is wise to remember the words of the world’s wisest philosopher:

“There is no idea too daft for people to believe and even take credit for.”

“After both losing their partners, widowed otters Pumpkin and Harris found love, and each other, thanks to an otters-only dating app.”

(I posted it as a WTF entry, but it is a cute pic of the little scamps.)

“An ‘iconic ’90s hairdo’ for men–which involves a center part and face-framing bangs, and was once rocked by celebrities including David Beckham and Leonardo DiCaprio, among other ’90s-era heartthrobs–is making a comeback via the marketing team at McDonald’s Sweden. Why would McDonald’s Sweden care, you ask? Because the hairstyle bears an alleged similarity to the fast food chain’s signature Golden Arches.”

No Presidential candidate ever came even close to losing an Election who won Iowa, Florida and Ohio. I won all three, by a lot!

Donald Trump truly lives in a fact-free world. The Trump of the 60s, Tricky Dick Nixon, won all three in 1960 when he lost to JFK.

This is unreal. Trump abruptly walked out of Dan Gable’s Medal of Freedom ceremony today, leaving Gable shrugging and at a complete loss about what he was supposed to do. pic.twitter.com/mOzlLn8poC

That headline is literally true.

Sorry, she is clothed, but this is kind of a must-see. Odd stuff. It looks like a scene from a lost Luis Buñuel movie. Weird framing because it’s a selfie. Dog in a head cone, staring at the camera. Brother apparently singing to himself in the background. Grammy awards framed in a display. Billie slapping her chest. There must be some story behind it, but I don’t know what it is.

Not that it matters.

Cue up Rod Serling’s voice-over and maybe some theremin music. Nobody knows where it came from, and nobody knows how it was removed! 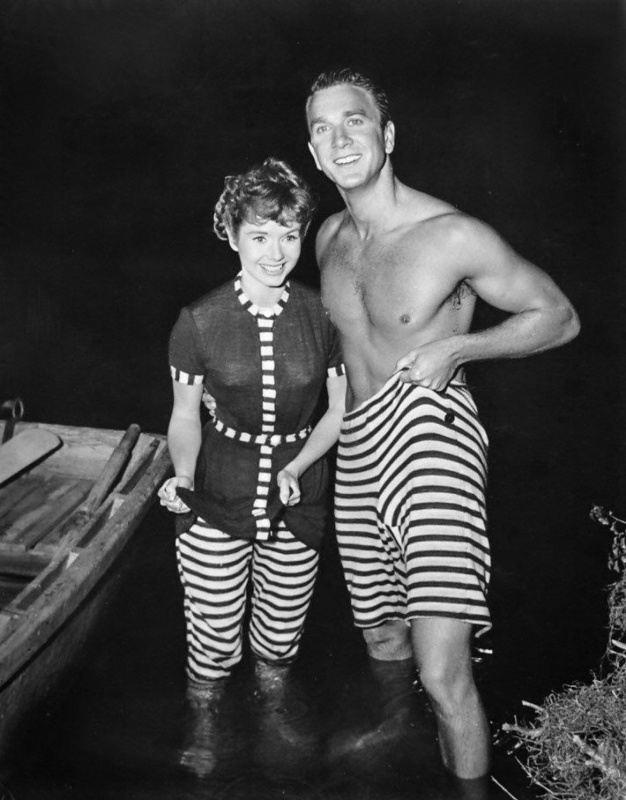 Not Son of Sam?

Cousin Eddie and Le Grand Orange – together at last.

As if the little buggers weren’t weird enough already.

They seem to be unrelated to the few other species that exhibit this characteristic, like flying squirrels and opossums. “One theory is that by absorbing and transforming UV light rather than reflecting it, platypuses can better hide from UV-sensitive predators.”

The best way to avoid the long lines!

Perhaps his deal with Satan has reached the expiration date?

This photo of Mitch McConnell's hands from yesterday pic.twitter.com/9x5x2UhxvJ

Danish bull semen? I wish he had called. I could have sent him some. I have a whole refrigerator full, and I’d do just about anything for ol’ Jongie, my frat brother.

(Man that guy was tough when it came to rush week. Talk about hazing! Only the toughest pledges survived getting fed to his pigs. But all in all … best exchange student ever!) “The development marks the completion of a head-spinning 48 hours. Trump, on Tuesday, took to Twitter to call off the stimulus talks entirely, sending markets into a dive. Eight hours later he called for piecemeal legislation to address the economic hardship created by the coronavirus pandemic — something Democrats have repeatedly rejected. By Wednesday night, Mnuchin called Pelosi and said the President was interested in coming back to the table, according to a person familiar with their conversation. Now, the President is once again open to a bigger deal.”

“Russian investigators said Saturday they were looking into “a possible ecological catastrophe” in the eastern Kamchatka region, after scores of dead sea creatures washed up in one of it bays and surfers reported burns to their eyes and throats.”

What more can go wrong this year?

It’s difficult to imagine anyone in the future looking back at 2020 with nostalgia.

And this was the best the hackers could come up with?

#Breaking: #PresidentTrump has transferred power to VP #Pence via a written declaration before being transferred to ICU in #WalterReedHospital, according to officials in Israel embassy in Washington.

Gates says Trump was serious about making his then 34-year-old daughter his potential vice-president, returning to the theme and even carrying out public polling.

“We all knew Trump well enough to keep our mouths shut and not laugh. He went on: ‘She’s bright, she’s smart, she’s beautiful, and the people would love her!'”

Man ODs on a fatal dose of black licorice

Was it MURDER? Police are following a colorful pink and white trail of Good ‘n Plenty.

A new bronze statue of first lady Melania Trump was unveiled in Slovenia this week, after a wooden version of the memorial was burned in July. pic.twitter.com/0nVGXShV1E

“I REEEALLLY think Netflix is wrong on this one. The streaming giant has supposedly given Harry and Meghan around $100,000,000 to create content that is hopeful and inspirational for their network.”

If the report is accurate, it does seem as if Netflix has lost its marbles.

…. and, according to them, that’s why they should not be released.

Based upon this novel legal theory, law enforcement should only be allowed to investigate the totally innocent, since any evidence exposing the guilty would cause them irreparable harm.

Oddly enough, all candidates for the presidency in modern history have released their returns and it caused them no harm of any kind. Gee, I wonder why Trump is so special.