What amazes me about this action is that it was filmed a quarter of a century ago and Thandie has barely aged. Maybe she really is a “host.” 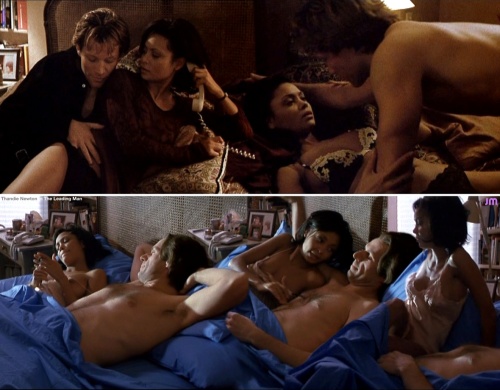 but I do want to know

Well, given her dad, she ought to be quick, so I guess Lightning Bolt will work

Or, worded another way, these teens are nuckin’ futz

What do you guys think – should I drop the Taxi Driver site because of the annoying ads?

Zoe Kravitz picks up some take-out

Brightened/enhanced. The enhancement makes it clear that she was fully depilitated from the neck down.

… in an episode of Dream On

Lookin’ modern! I hope she has discarded all of her 19th-century granny swimsuits.

She’s just about the only celebrity that I don’t recognize unless she’s labeled (or I can recognize one of her tats). She has more different looks than Artemis Gordon on Wild Wild West

And her disguises are more effective than Arty’s. I always knew it was Ross Martin. I never seem to know when it’s Halsey.

REALLY good. Although she doesn’t look much like Olivia Munn.

I’ve already proposed my theory – that Olivia Munn is actually a role that is played by different actresses from time to time, and this is not the same woman who played the part five years ago. Y’know, it’s like on the original Superman series when they changed Lois Lanes without saying anything, or on Bewitched when they changed Darrens.

Shortcut to the full report.

It’s difficult to overstate how bad a day Wednesday was for the USA. As the younger guys say today, we are majorly fucked. Or as I like to say – Heckuva job, Trumpy.

Let me hit the highlights:

1. If the USA were split into 50 separate countries, the former USA would have the top eleven countries in the world in terms of new cases per capita.

2. In addition to the crisis conditions we know about in Texas, Arizona and Florida, let me tell you a little about South Carolina.

a. The worst country in the world had 227 new cases per million inhabitants on Wednesday. South Carolina had 303.

b. The worst country in the world had 7.2 deaths per million inhabitants on Wednesday. South Carolina had 7.3.

3. Wednesday’s total of 890 fatalities marks the third consecutive day in which the fatalities have exceeded the same day on the previous week, therefore the third consecutive day in which the seven-day rolling average has increased. But that’s not the half of it. The number of fatalities was not only higher than it was last Wednesday, but it was also higher than the previous Wednesday, and the Wednesday before that!

4. Wednesday was the 28th consecutive day in which the total of new cases has been higher than the same day in the previous week, which therefore means that the seven-day rolling average has increased for 28 consecutive days. Thanks to our hard work from early April until the Memorial Day weekend, that seven-day average of new cases per day had steadily declined from 31k to 21k. It started to soar about two weeks after the Memorial Day weekend and has now ballooned to 54k. And it shows no signs of slowing down.

No! Not the dreaded “notice”!

I’m receiving many reports that the KPOP agents are already interfering in Trump’s New Hampshire rally coming on this weekend.

I am the President’s fighter so just be aware that you are ON NOTICE!

This is foreign interference and should be investigated.

Do you hear me?

After being informed that they were already on notice, Dean Wormer placed the “KPOP” crowd on double secret notice.

“Over the course of four rambling hours of interviews on Tuesday, the billionaire rapper turned sneaker mogul revealed:” 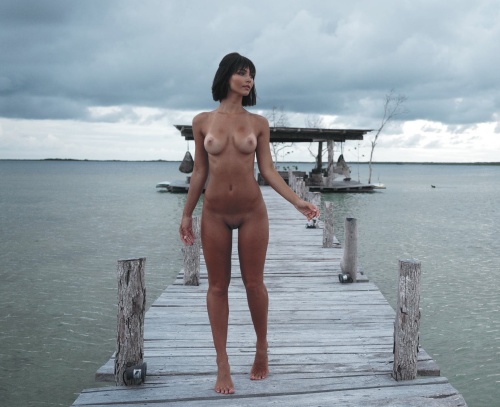 That was Kayleigh McEnany, drawing on her supernatural powers to give her take on Mary Trump’s new book.

I have to say that while Mary Trump “wrote” this book, she was apparently writing sections of it as the amanuensis for somebody else in the family. Mary Trump was born in 1965, so she can’t be the primary source for all these anecdotes about the president’s childhood and college years. Trump graduated from Penn in 1968, when Mary had just turned 3. The stories in the book about Trump’s youth must be the work of somebody older, presumably Maryanne Trump Barry, Trump’s sister.

One key revelation in the book: Trump cheated on his SATs. He allegedly paid a guy named Joe Shapiro to take the tests for him.

I don’t believe this story. While I consider Trump to be capable of that, and I know for a fact that some guys paid others to take SATs for them in those days, the details don’t make sense.

1. Supposedly he was already a sophomore at Fordham when he paid somebody to take SATs so he could transfer to Penn. That doesn’t ring true. Has anyone ever heard of a college sophomore re-taking the SATs in order to transfer? I’m not saying that was never done back then, but I never heard of such a thing.

2. Penn was accepting pretty much everyone then, and the Trump family had a connection with an admissions officer, so there would have been no need for Trump to have high SAT scores. He only needed a pulse and a checkbook.

3. Perhaps most important, we have to realize that the lawyer Michael Cohen was engaged by Trump in recent years to send a letter to the College Board people, threatening legal action if Trump’s SAT scores were revealed. If we assume Mary Trump’s story is true and Trump (through a surrogate) has really high SAT scores, we then have to believe that Trump, through Cohen, wanted to prevent people from finding out how smart he was. Does that sound like Donald Trump to you? We know Trump is hiding his SAT scores. It’s a good guess that he’s not hiding brilliant scores made by a whiz kid.

4. Pam Shriver, widow of Joe Shapiro, says (1) it never happened, (2) and it couldn’t have, because Trump and Shapiro met AFTER Trump transferred to Penn.

Mary Trump is making a lurid claim about an event that happened about at the time of her birth, without having given any thought to all those issues I just raised. She apparently just made a credulous transcription of some family gossip, probably heard from her aunt, Trump’s sister, Maryanne Trump Barry.

DISCLOSURE: Trump and I were both students at Fordham’s Rose Hill campus in the calendar year 1966. I did not know him.

By the way, Kayleigh’s phrase, “A Book of Falsehoods,” is an excellent title for Trump’s autobiography.

“First Playmate” is a trivia question that will win you many bar bets. Most people think it was Marilyn Monroe. You can also win bets on the first centerfold, also not Marilyn. You all know that Marilyn appeared in Playboy #1, but the magazine never applied the term “Playmate” to her (MM was the “Sweetheart of the Month”), and she was not a centerfold, having appeared on pages 17-19. The main color picture was presented vertically, as shown in the link above.

An obscure model/actress named Margie Harrison was the first Playboy centerfold and the first Playmate. Margie became the first “Playmate” when she was so called in the second-ever issue of the Bunny-oriented publication, and she was featured in the centerfold. Brainscan covered her in Lil From Brazil in part 4 of his brilliant overview of Grindhouse Films

By the way, you can find a PDF of that first Playboy online. It was primitive! 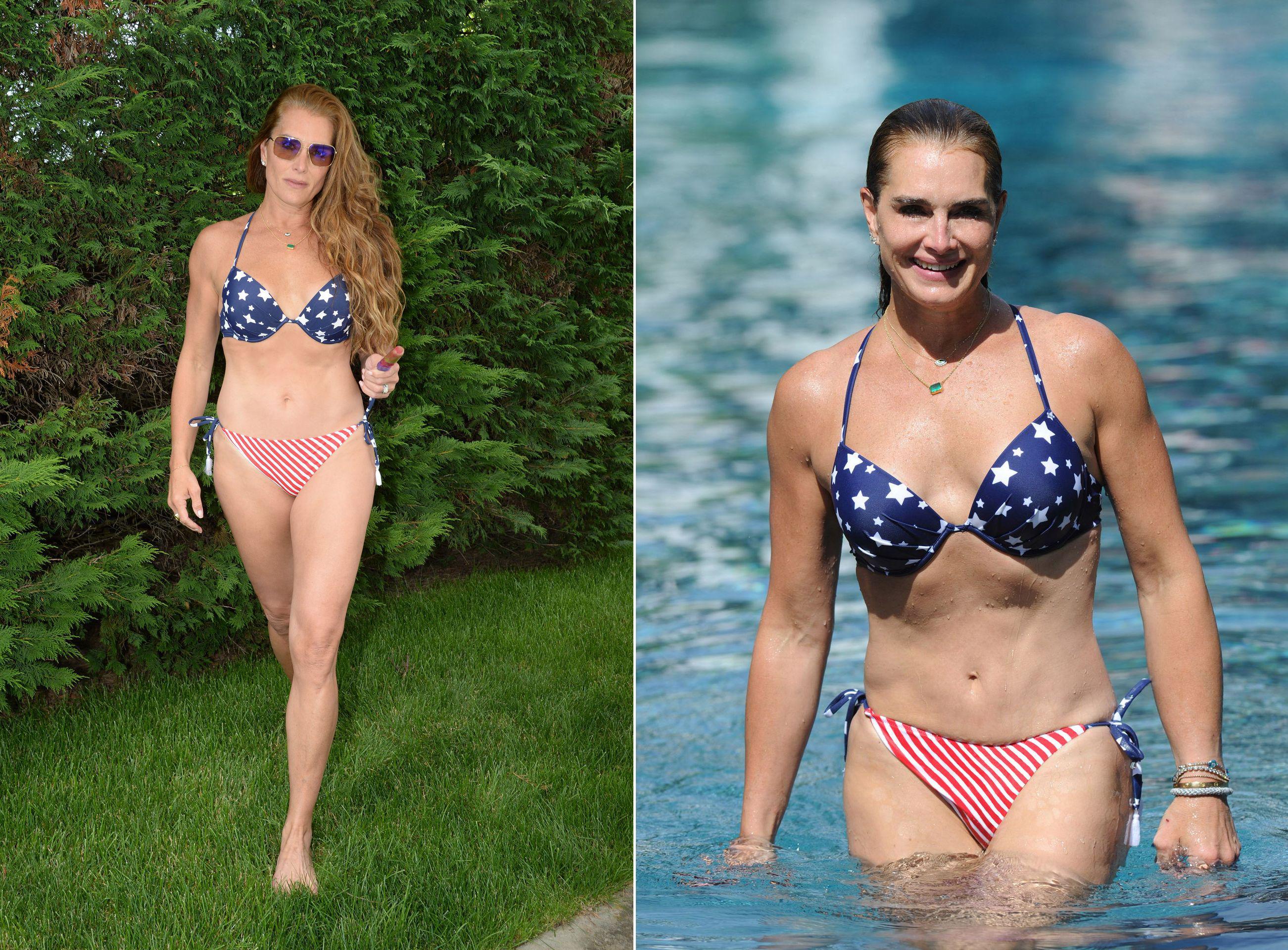 You never go full Hurley. Unless, of course, you are Hurley.

Here is a brief clip

Becca Brown was in The School of Rock.

According to IMDb, she now gets first billing in a series called Action Nat and the Cat

I wonder if there are any openings in the tit-plastering profession. 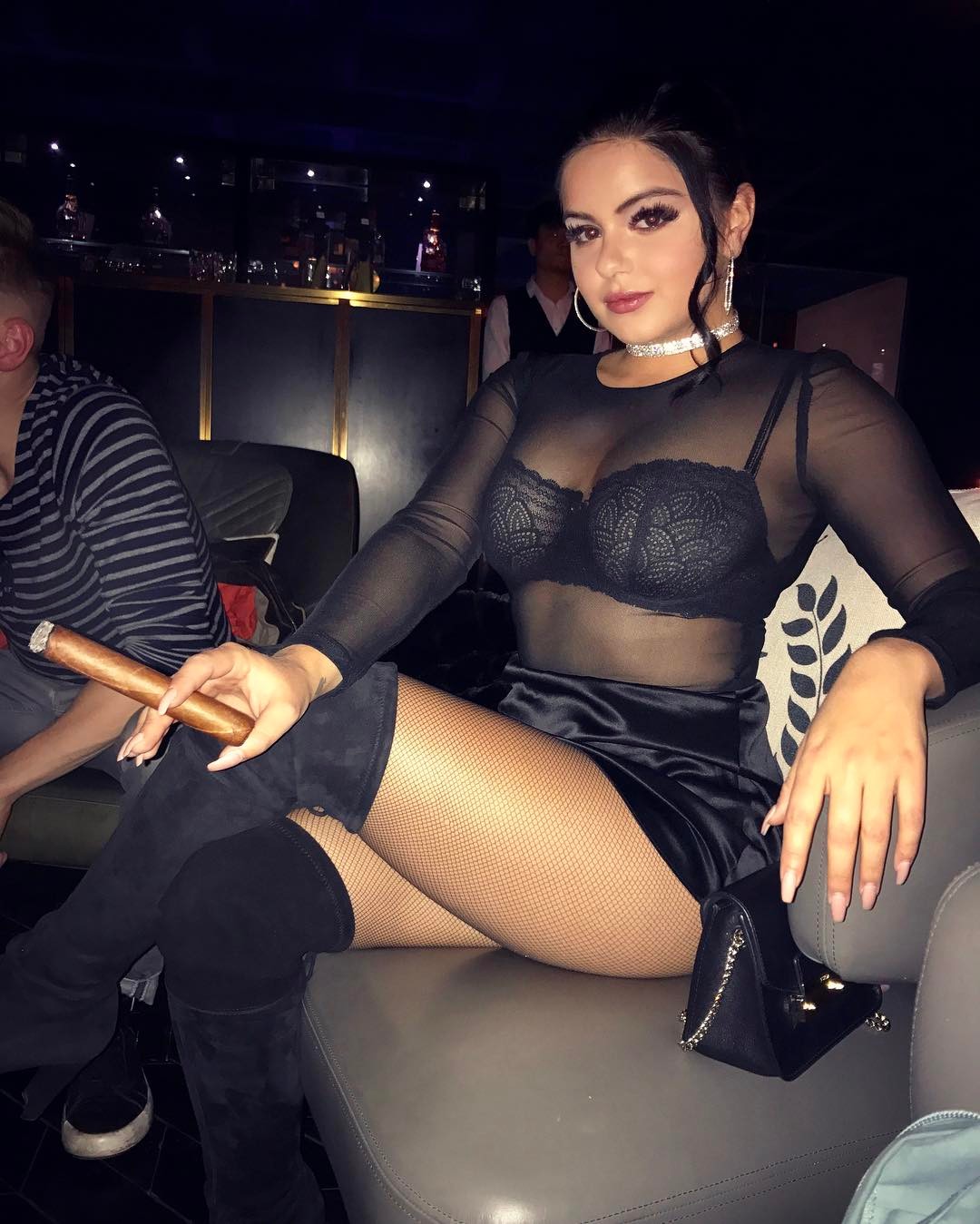 Great everything: Lidia in the same film. 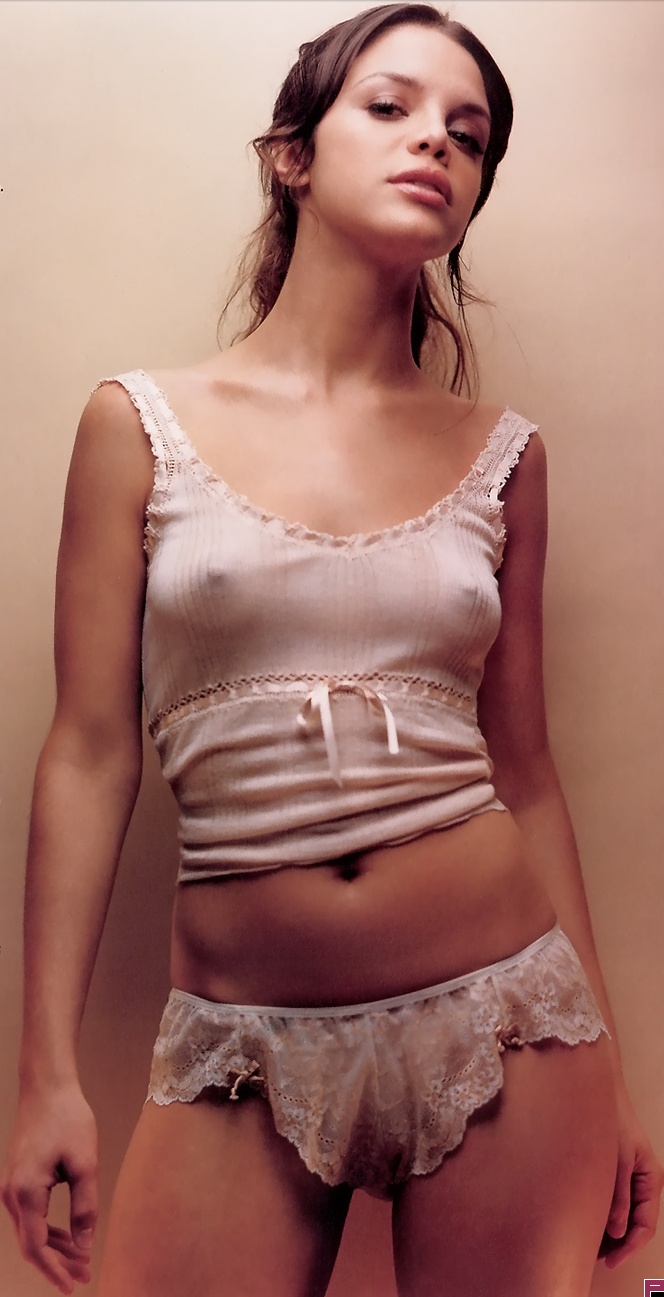 More info: Thirsty Rabbit covered this film and the nudity in depth