Your choices to view this 1982 movie are not great. There are, however, many versions lying around.

IMDb says there is a 97 minute cut, aired theatrically in Europe, which has all the nude scenes. I am not familiar with this and have never run into it, but I did find Italian-dubbed versions of the nude scenes almost twenty years ago on Usenet, and made some decent captures from them.

There is a 135-minute “director’s cut,” which includes no nudity and is also missing many non-nude scenes.

There is a 185-minute version on DVD and Blu-Ray which includes all the nude scenes – without the nudity! I’m not joking about that. I have this version on disk. The sex scenes between Rosanna Arquette and Tommy Lee Jones are exactly the same as in the uncensored version, except that Rosanna’s nudity is covered or cropped.

Believe it or not, there is a full, uncensored version available free on YouTube! It includes every scene – and the nude scenes are actually nude! That sounds good on paper, but I’ve only given you the good news. The bad news is that the quality is not much better than the Rob Lowe sex tape.

Oz did some nice collages from the latest non-nude version. He had some decent quality to work with. 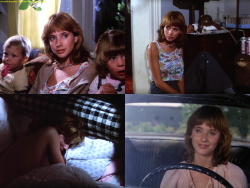 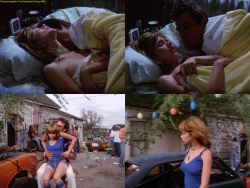 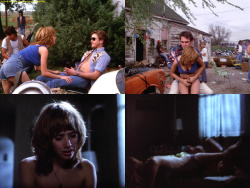 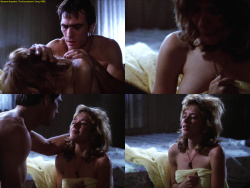 And I did my best with the nude scenes from the Italian-dubbed version. As far as I have been able to find, my versions, now some 15 years old, have retained the title of the best nude captures out there. That’s one record I would like to see broken. I’d especially like to see a good version of that scene where Rosanna is on top. 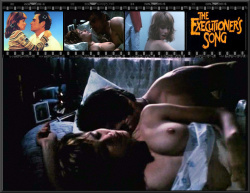 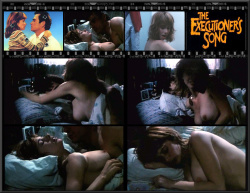 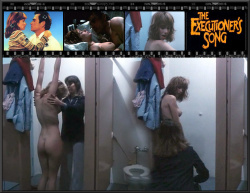