Alyssa married rocker Cinjun Tate in 1999. After the wedding they took off for St. Bart’s on a honeymoon where paparazzi photographed her topless. She reportedly didn’t care that paparazzi and a crowd of people watched as she removed her bottom.

She filed for divorce before the end of that year.

He’s leading the majors in homers, with nine in just sixteen games, accumulating only 68 plate appearances. Nobody else in the majors has hit more than seven homers.

So what’s so weird? He is the ultimate exemplification of the new MLB “all or nothing” strategy. He has no doubles, no triples, and only eight singles. With those singles and a mere four walks, he has been standing on a base only twelve times all year and has never reached scoring position on his own! As a result, he almost never scores a run unless he hits a homer. He is currently on pace for 90 homers, but only 110 runs scored!

I saw Blake Snell pitch against the Rockies last week when I was visiting friends in SW Florida. That was the best outing I have ever seen as a ballpark spectator. It seemed like he threw every single pitch at the knees, and some of them were breaking sharply downward as they passed. He struck out 13 in just seven innings, and allowed only three baserunners, one of whom was caught stealing. He had still faced the minimum number of batters in the top of the sixth, and not a single member of the Rockies ever reached scoring position. I knew the kid must be good because he won the Cy Young last year, winning 21 games in just 180 innings, but this was better than good. He pitched one for the ages.

“Donald Trump told Customs and Border Protection Commissioner Kevin McAleenan he would grant McAleenan a pardon if he were sent to jail for having border agents block asylum seekers from entering the US in defiance of US law.”

Hey, Kev and company, you better make sure to get that in writing. Trump has been known to default, reverse and renege on occasion (or simply deny he ever said it in the first place). If you want to get him pinned down, you have to go full Omarosa and tape every word.

Denial is always his go-to lie, but if Trump ultimately can’t deny this because there are too many witnesses, then he needs a backup. He can always use his own reputation as a legal defense of this position, “Sure I said it, but everyone knows I never mean what I say.”

Another Fake Story on @NBCNews that I offered Pardons to Homeland Securiy personnel in case they broke the law regarding illegal immigration and sanctuary cities. Of course this is not true. Mainstream Media is corrupt and getting worse, if that is possible, every day!

Trump is not likely to worry about moral or legal obstacles, because he’s Trump, but financing is another matter.

I think he can find a fine historical precedent. When a country in the 20th century did not want to have unwanted minorities around, they shipped them elsewhere by boxcar.

That has to be economical. Just round ’em all up, load them in a single long train, destination San Francisco train station in Pelositown:

Everybody out – and good luck to all!

This would have the additional … er … benefit that illegal immigrants would find life in San Francisco delightful, and would write to the people back home telling them to join the fun!

Don’t tell Stephen Miller about this. He will not realize my suggestions are ironic. After he read Jonathan Swift, he Googled recipes to cook Catholic babies.

Tiger is in with 70-68, six under par, despite having missed many makeable putts.

Tiger still looks young and vital with a hat on, but without it … 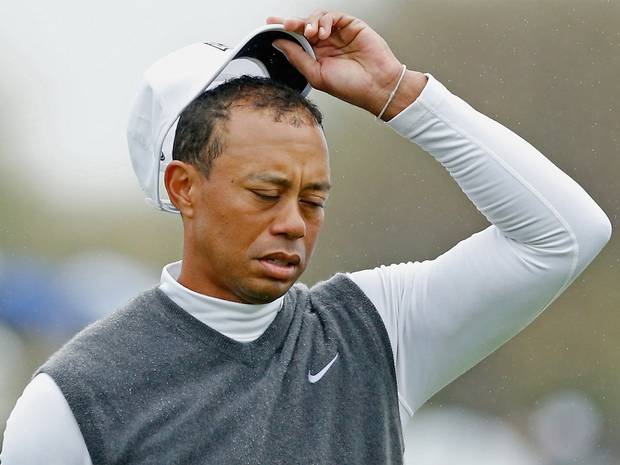 The season two nudity doesn’t compare with her epic performances in season one, which earned her a spot among our best nude scenes of 2018, but it’s still plenty good!

Alysha Clark plays for the Seattle Storm of the WNBA.

There is also an alleged sex tape.

This pic of Kate Beckinsale is not really a see-through, but it’s just about perfect anyway.

I tip my hat to Pete Davidson.

That funny-lookin’, neurotic dude is the John Derek of our time!

From the comment section: “It’s only a matter of time before ugly, skinny dudes all over the world start getting a new stupid hair style & tattoo every week, and threatening suicide at the drop of a hat, in order to turn on those hot famous chicks who dig alternative depressives.”

Scoop’s note: “I just remembered. I have my appointments today for tattoos and hair dye. Can one of you guys let Daddario know I’ll be standing on the Golden Gate Bridge at midnight Tuesday? Thanks.”

A large (too large, actually) capture of Gillian Anderson in Closure (2007)

Large scan of Joan Collins at per peak, or maybe just past it

Serena Williams has covered her nipples with petals, but you can see a lot of woman there.

“Nobuyoshi Araki (born Tokyo, 25 May, 1940) is a Japanese photographer who did a bondage-themed photoshoot with Lady Gaga for Vogue Hommes Japan. Araki later released an art-book with further photos from the shoot, however, it was limited to 500 copies”

Gaga is not a shy woman.

Here are many others from that 2009 shoot, including more nudes.

Oz, our resident all-inclusive archivist, who must have watched almost everything ever shot with a motion camera, reported these 19 years ago! He commented: “They did a series of sketches called Nude Practice. For those familiar with English television it was a cross between All Creatures Great and Small, and Peak Practice. Sarah Alexander was one of three country veterinarians who spent their whole day nude. Not a pleasant thought in the north of England.”

She looks like this and can actually sing, but somehow never made it to the A List. She’s 40 now, so I guess it ain’t happenin’.

I just looked her up on Wikipedia and was surprised. I always kinda assumed she was a light-skinned black woman, but it turns out that she has no African or African-American heritage of any kind. Her biological dad was a Filipino, while her mom is Polynesian and Ukrainian. None of this matters, of course, but the bias and inaccuracy of my own assumptions kinda jarred me.

It’s a Stephen Miller scheme. Could you have guessed? He even looks like a Bond villain. “The Trump administration pressured the Department of Homeland Security to release immigrants detained at the southern border into so-called sanctuary cities in part to retaliate against Democrats who oppose President Donald Trump’s plans for a border wall.”

Trump not only admitted this, but bragged about it on Twitter:

Due to the fact that Democrats are unwilling to change our very dangerous immigration laws, we are indeed, as reported, giving strong considerations to placing Illegal Immigrants in Sanctuary Cities only….

Some say that the DHS resistance to this plan is the reason for Nielsen’s removal and/or the alleged ongoing house-cleaning at the agency. Rumor has it that they will also fire the DHS General Counsel who told the White House that this was probably illegal. That person, John Mitnick, is allegedly the “reason why most of the immigration policies from DHS never came to fruition.” Insiders say that Nielsen’s failure to remove Mitnick and some others was an important reason why she was in the doghouse.

I have to say this plan is genius.

It’s just as odd as it sounds, but it’s the first time I’ve ever wished I was a goat.

Amanda keeps slimming down and of course she is in her mid-30s now, so things shift around a bit, but when she first started appearing in adult roles she was spectacular. Here she is skinny-dipping with Amber Heard in Alpha Dog (2006). (Amanda is the one fully naked on the left. The pic is a little blurry because they were far from the camera.)