Here’s the photoshoot in which she wore that swimsuit:

She’s fairly new on SNL, but she’s not a youngster. She’s 35 years old, and spent several years as a hairdresser before entering showbiz. She hasn’t been used that much on SNL, but from what I have seen, she seems to be quite a good comic actress.

It was exactly as we guessed. The Trump administration did agree to pay $2 million for Warmbier’s release, but they did not actually pay it.

Trump has finally managed to apply his famed business practices in government!

Here’s a .gif of the scene

Love her voice. Kinda reminds me of Eartha Kitt’s.

Sister Natalie had the career, but Lana had the body!

I think we’ve seen this selfie before, but I just can’t keep up with the Kardashians.

Besides, she ain’t wearin’ a stitch, so I’m willing to look a second time.

I wonder if this will be her official trial attire when she fulfills her current dream of becoming a civil rights lawyer, and whiny Valley-girl voice for the voiceless.

“Gentlemen of the jury (since she will object to all the women in the pool) – my client and I have nothing to hide.”

She should be more comfortable than most lawyers when she defends those imprisoned at Guantanamo. Screw all that clothing. It gets hot down there.

When does Bouchard get time to practice tennis? No wonder she can’t crack the top 50.

Not that I’m objecting. If she prefers to stay in bikinis, or even out of them, I fully support her right to do so, and will continue to promote her new career of playing sand football and lollygaggin’ around half-naked.

Demi Lovato is beautiful, but seems to be following a dangerously Lohanesque path in terms of the relationship between her apparent age and her real age. I looked at this pic and thought, “Has time flown that fast?” – and then I looked her up and she’s only 26.

Lohan, by the way, seems to have recovered a bit from rock bottom, She still looks 10-15 years older than she is (32), but at least she now looks like an attractive 45-year-old woman, rather than one who’s totally strung out. 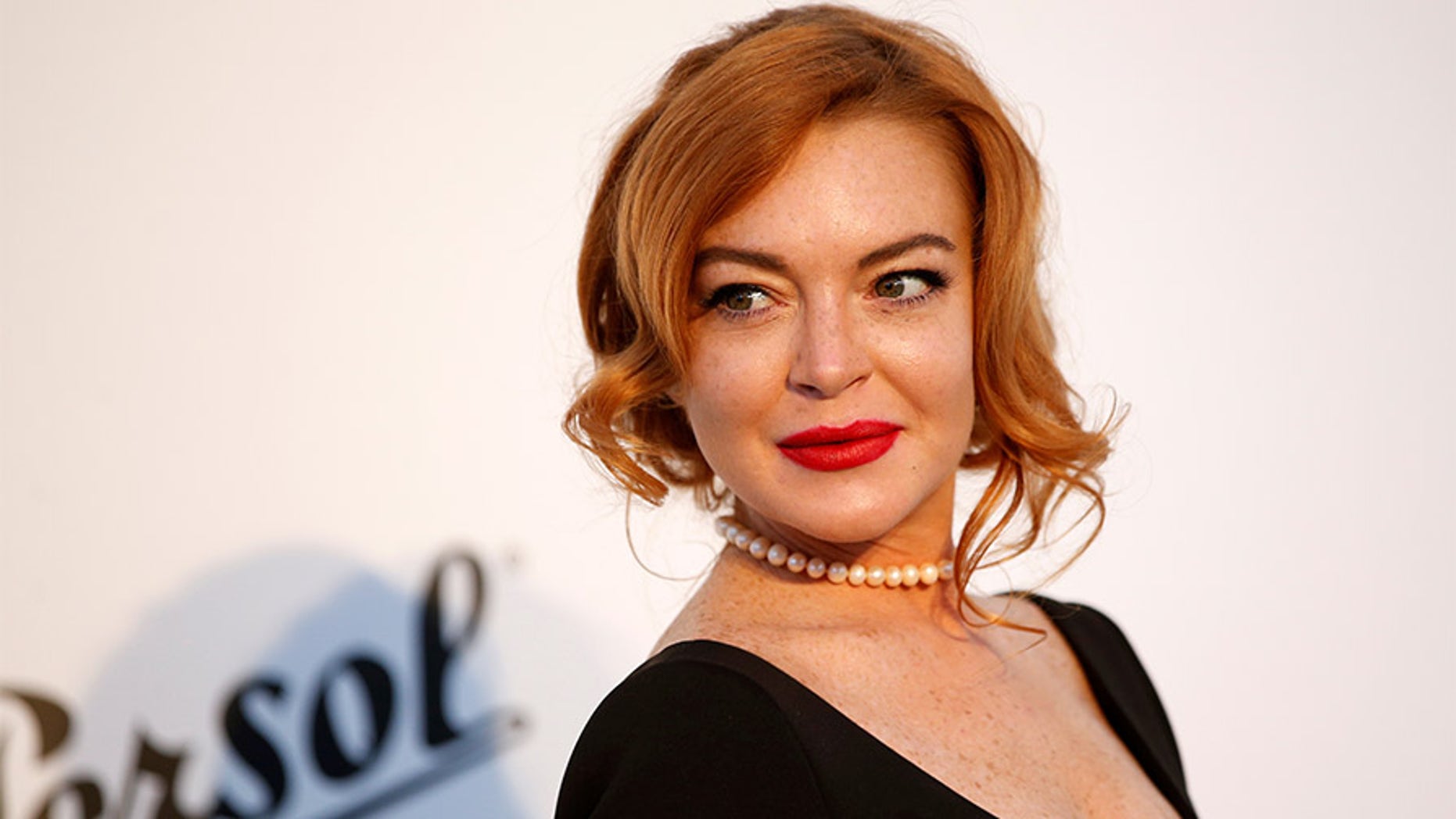 These pics of Miley presumably have absolutely nothing to do with the live-action Lion King. That’s just my shorthand for whatever the hell this really is.

From the comment section: “It was from the tour book for bangerz.”

As I’m sure you all know, The Young and the Topless was by far my favorite soap opera.

Before this weekend, no film had ever opened with more than a $641M weekend world-wide. Endgame took in an ungodly $1.209B. That B stands for billion!

In the portion of the world outside the USA, Endgame took in $859M. The previous record was $443!

“There are some other interesting ways to look at this weekend’s Box Office. The # 2 movie this weekend was Captain Marvel which earned about 1/44th of what Endgame earned, but it does give Marvel the top 2 spots. Not bad for a studio that releases at most 3 films a year. Of course Captain Marvel also appears in Endgame. Shazam on the other hand was the #5 film this weekend, meaning that 3 out of the top 5 films this weekend featured a Captain Marvel (sort of).

I think it’s natural to root for a favorite film to do well at the box office, because box office success determines whether or not there will be a sequel. The MCU is just on another level to the point that I find myself rooting for their box office success the way I root for the Mets (with far fewer disappointments).”

Watching this once-beloved film with 2019 sensibilities produces a lot of cringing. The nerds’ zany pranks include many serious felonies that were once treated as examples of “boys will be boys.”

Interesting study (.pdf format). They asked 15-year-old boys and girls in the English-speaking nations whether they were knowledgeable about non-existent subjects.

As a rule, girls were more likely to admit that they knew nothing about bogus subjects like “subjunctive scaling,” while boys often claimed expertise. In terms of class differentiation, poor kids were honest in admitting they knew nothing of such imaginary subjects as “declarative fractions,” but the richer the respondent, the more they were likely to bullshit.

Those findings didn’t surprise me, but some things did:

* The USA did NOT finish first in total bullshit. The upset winner was Canada.

Basically all Americans are full of it.

Conversely, the Scots finished very low in total bullshit, but evidenced large gaps by class and gender. In other words, poor Scots girls are the straightest shooters on the planet, or at least on the English-speaking portion of it.

The study also showed that those who rated themselves very high on questions like “I am quick to understand things” – the sort of questions that often appear on pre-employment questionnaires – also tended to score very high on bullshit.

I suppose it’s logical that some confidence is bullshit. I remember reading a more specific study many years ago that measured people’s belief in their ability to multi-task, and contrasted it to their actual tested ability. People who think they are good at it are actually no better than anyone else. (This is a bit misleading because the study also showed that nobody is really good at multi-tasking, so it was inevitable that they would conclude that anyone who claims to be is bullshitting. Trying to do two things at once is almost never comparable in efficiency to doing them one at a time.)

Maybe. It might be true, but “the Department of Homeland Security has not announced it is sending migrants to sanctuary cities.“

That headline sounds like it might be from The Onion, but it’s not satirical. This is a real thing.

(To be fair, it is a light-hearted, tongue-in-cheek promotion.)

Trump tweets many Judge Napolitano opinions. This was an exception.

Here’s how the President actually responded:

….Ever since Andrew came to my office to ask that I appoint him to the U.S. Supreme Court, and I said NO, he has been very hostile! Also asked for pardon for his friend. A good “pal” of low ratings Shepard Smith.

The final chapter in the Avengers saga grossed $156 million on Friday alone. (Including Thursday night previews.) The previous single-day record was $119 million.

Coming into this weekend, the weekend record for the entire film market was a gross of $313 million, set during the weekend when Infinity War set the single film weekend record with $257 million. Endgame will gross more than that total market record by itself, perhaps by a very wide margin. (The total for the entire market this weekend will not be that much more than Endgame’s individual total because of that film’s insane level of market dominance.)

Believe it or not, the film’s international box office is even more impressive. Endgame had already shattered the overseas weekend record by Friday and may come close to doubling it by the time the dust clears! By the close of business Friday it had grossed $487 million outside the USA. The previous record for the entire weekend was $443M.