“The Talladega Superspeedway infield is not a place for the easily scared or the weak-willed.”

“Not long after the 1971 release of the film adaptation of A Clockwork Orange, the novel’s author, Anthony Burgess, received an offer from a publisher: Write a short follow-up to the novel, one that uses the word ‘Clockwork’ in the title and brims with artwork, and we will make you a rich man.

So, according to Burgess scholar Andrew Biswell, the novelist got to work on a brief piece, which soon became a big piece, which eventually ballooned to 200 pages. Written under the name The Clockwork Condition, the work was to be a philosophical meditation on the very nature of modern life. But alas, it never was — the manuscript was never published, and despite rumors of the project, it was never found either.

We are now looking at these as the most likely scenarios:

Trump vs Biden
Trump vs Sanders

Trump, the youngest of the three, is actually slightly older than Bill Clinton and G.W. Bush. VERY slightly. It’s just about a three-way tie.

Among Biden, Sanders and Trump, will all three of them actually make it to the end of the next Presidential term in January of 2025? Will any of them? Bernie will be 83, Biden 82, and Trump will be 78 and obese with a fast-food addiction, which means he is probably the oldest of the three if you measure it in terms of life expectancy. (You don’t see a lot of old fat guys.) Even Elizabeth Warren will be 75 then. There’s not a lot of fresh young blood coursing through our system.

SIDEBAR: in a sense, those three guys come from three different cultural generations. Trump is an early baby boomer. Biden is a war baby. Bernie was born before Pearl Harbor.

Hell, Bernie was probably born before the invention of harbors.

The graphs make it easier to understand at a glance. It’s interesting to see how closely Trump parallels Gerald Ford

I believe Brie Bella is Italian for Beautiful Cheese.

Ariel’s cheeks are lower than her shorts, as the good lord intended.

Lily Allen and some naughty goings-on

Maitland is up to her usual monkeyshines

“Grimes” is a Canadian singer (real name Claire Elise Boucher) who (ahem) is a very close friend of Elon Musk.

Following the lead of Prince, Puffy and the knights who no longer say “ni,” she is no longer to be called “Grimes.” That is so February. She is now just simply lower-case “c.”

The next step: “The artist formerly known as ‘c.'”

My knowledge of Czech is non-existent, but I’m gonna take a wild guess that “volejbalovy tym” means “volleyball team.”

Well, that and the fact that they’re covering their naughty bits with volleyballs.

It appears that this is also a thing with volleyball chicks in Germany and elsewhere.

“True Confessions goes on to reiterate a claim that the Breakfast at Tiffany’s star had an illicit affair with legend Elizabeth Taylor when she was just 14 and reveals that Rooney was unhappy with what he perceived to be her ‘lack of talent.'”

And then there was this: 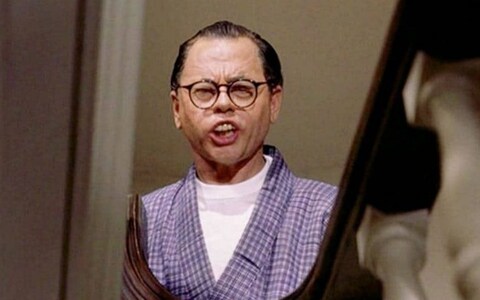 Ana de Armas in a lacy top which is not what you would call close-knit, or even close-tatted.

If the rumor mill is correct, she is the new Bond girl.

Cohen says he pleaded guilty to some things he did not do in order to stop the Feds from pursuing his wife.

(He did admit to the campaign finance violations on behalf of Trump.)

Tom Arnold is a twitchy, half-witted little creep whose brain has probably been permanently damaged by years of drug abuse, but every once in a while he produces something interesting. For example? Howard Stern would not turn over all the years of Trump interviews, so Arnold went over to the dark side, obtained them through the back door, and got them published. Sirius XM filed a copyright claim to get the audio removed, but all the transcripts are still online, and of course there is still all the audio evidence available to support the transcripts, should anyone dispute them.

And, well, if you know how to use that whole zany interweb thing, you can probably figure out someplace where all the tapes are still available.

We all knew he was running, of course, and he may well get the nomination, but nobody is passionate about him. Bernie and Warren and Beto and Mayor Pete all have enthusiastic supporters, but Biden? He’s just good old Joe. In a race against Trump, his only strong advantage is that he’s a decent human being and Trump is not.

That is not enough.

The reason it is not enough has nothing to do with the fact that we live in a new post-decent world.

It has never been enough.

In the early days of our republic, John Quincy Adams, one of the men responsible for the idealism of our early republic, lost an election to Andrew Jackson, who was arguably the worst human being ever to attain our presidency, even to this day.

About a century and a half later, Richard Nixon defeated George McGovern in a landslide, despite (to quote the gonzo legend Dr. Hunter Thompson), “The tragedy of all this is that George McGovern, for all his mistakes and all his imprecise talk about ‘new polities’ and ‘honesty in government’ is one of the few men who’ve run for president of the United States in this century who really understands what a fantastic monument to all the best instincts of the human race this country might have been, if we could have kept it out of the hands of greedy little hustlers like Richard Nixon.”

Thompson continued, “McGovern made some stupid mistakes, but in context they seem almost frivolous compared to the things Richard Nixon does every day of his life, on purpose… Jesus! Where will it end? How low do you have to stoop in this country to be President?”

Well, Doc, I am sorry you have to hear this from across the endless expanse of the ethereal plane, but we haven’t hit rock bottom yet.

It has never been about decency, and not a single thing has changed. Take those quotes and replace all George McGovern references with Joe Biden, then replace Richard Nixon references with Donald Trump, and place the result in a sealed and dated time capsule. You may then have somebody else open it the day after election day on 2020 to demonstrate that you were able to not only predict, but also analyze the election 19 months in advance, before the Democrats had even chosen a nominee.

This week is fashion week in Sao Paolo, which is probably sexier than the one in Oshkosh.

And I’ll bet the music is better as well.

Given that everyone around her is dressed for winter, she really had to go the extra mile to flash

Bella is glammed up and lookin’ good, but she’s in a tight black dress, braless, in bright lights … you know the rest.

In this HQ pic, as Bella poses with K-Stew, it appears that her ankles are hairy. Maybe she got bored with that whole wacky shaving thing. (Her figure also appears much fuller than usual in that pic, but maybe that’s just a matter of camera angles.)

I think this is the first time I’ve seen the actress and long-time SI swimsuit model topless.

Marguerite Moreau in Caroline and Jackie (2013)

Nadine Nicole in an episode of Casual

A full-frontal nude of Stacey Dash

I don’t recall seeing this pic of Lili Simmons before. Beautiful!