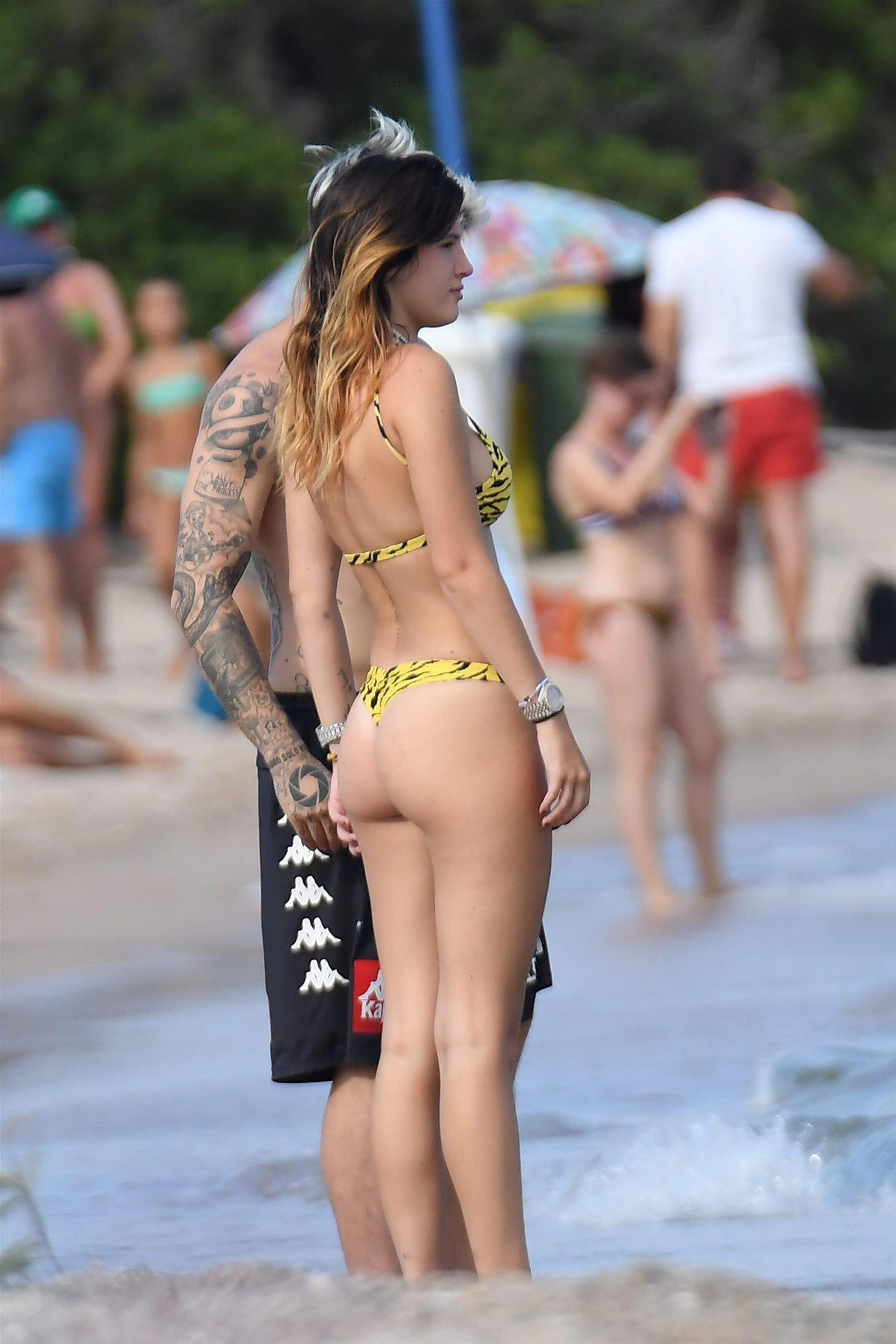 On his decision to resign, Mattis said:

“I was basically directed to do something that I thought went beyond stupid to felony stupid.”

I dunno. I kinda think this one is on Mattis. He was shocked that Donald Trump asked him to do something “felony stupid”? It seems to me that if you go to work for Donald Trump, you should be aware that everything he asks you to do will be stupid or illegal or both.

“He’s dangerous. He’s unfit. What we’re doing is we’re actually showing how to destroy America. That’s what we’re showing them. How to isolate us from all of our allies. How to take us down. And it’s working very well. We are declaring war on one another inside America.”

Many people feel that this is Bella.

And this kinda seals it – check out the scar just above her navel.

(On the other hand, I’m not sure what the deal is on the pierced/unpierced nipple.)

“About three quarters of the way into Ammonite, Kate Winslet enters a well-lit bedroom where Saoirse Ronan is lying in bed. Kate joins Saoirse in bed and the two start making out. Saoirse then starts kissing Kate’s left breast and soon has her hand down between Kate’s legs but nothing is shown. Kate then lifts up Saoirse’s nightgown a bit so we can maybe see some bush. It’s pretty dark and shadowy so possibly a merkin. We do see Kate put her hand between Saoirse’s legs briefly. Kate then removes her own nightgown while Saoirse puts her head between Kate’s legs and performs oral sex. We see Kate’s breasts and just the top of her very hairy bush when Saoirse moves her head away for a brief second. Saoirse then climbs on top of Kate’s face and we see part of her butt. Saoirse then proceeds to remove her own nightgown and we get a couple of views of her butt and Kate’s breasts as Kate is going to town. Kate then reaches down and touches herself between her legs and we see more of her bush. This is interspersed with close-ups of Saoirse’s face as she is in ecstasy. Finally, we see Saoirse’s right breast briefly as she climbs off of Kate. We can also get a tiny peek at Saoirse’s left breast as well as maybe a hint of bush or merkin. There are a couple of quick views of Kate’s breasts as they embrace while the scene ends.”

“Two flights have been diverted so far after spilled beverages shut down engines.”

RIP Diana Rigg, who has died aged 82. She was best known for her roles in Game of Thrones, On Her Majesty's Secret Service, and The Avengers pic.twitter.com/9sVH1BM3bN

From the comments: A classic Diana Rigg scene you will want to see. Diana as the Queen of Sin from the TV Avengers episode “A Touch of Brimstone.” Sample below. 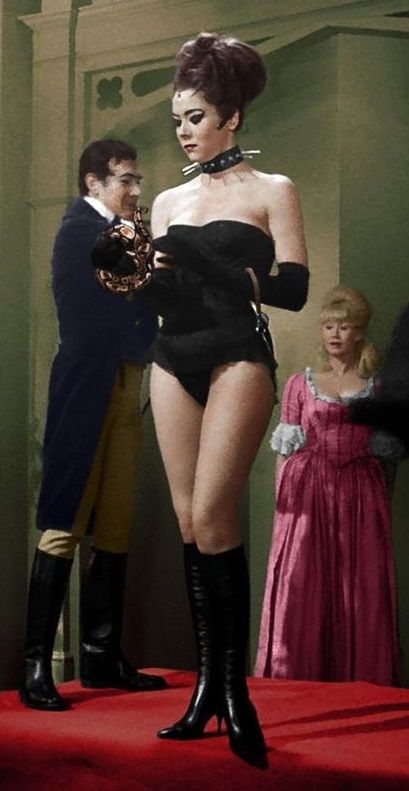 She won a bronze in four-woman bobsled in the 2014 winter games. She was a champion shot putter in college. 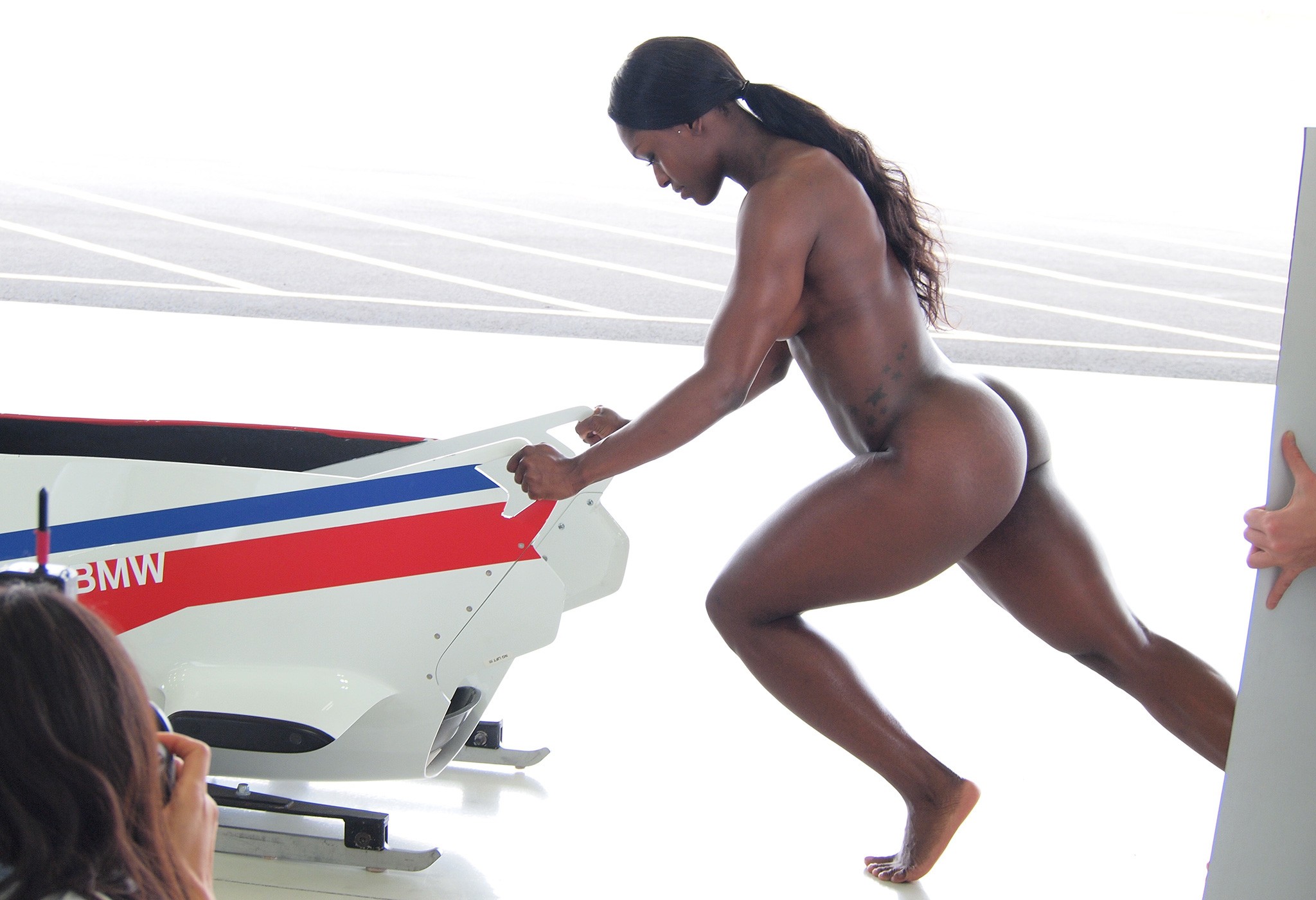 Evans comes from a family of athletes. Her father, Fred, became the first black national collegiate champion in swimming when he competed for Chicago State. Her brother, also named Fred, is a defensive tackle for the Minnesota Vikings. Her uncle is retired Major League Baseball outfielder Gary Matthews and her cousin is baseball player Gary Matthews, Jr.

“I’m a product of Chicago,” said Evans. “Showing people that this black girl from Chicago came to the Winter Olympic sport and really did some amazing things, and it was all because I had that will to win and it was my dream.”

… in a skimpy bikini