“HBO and corporate sibling network Cinemax have, over the past year, quietly exited the adult entertainment industry. As first reported Tuesday by the Los Angeles Times, both premium cable networks have phased out content including Taxicab Confessions, Real Sex and Cathouse as well as other adult movies containing explicit content from its linear and on-demand platforms.

“Over the past several years HBO has been winding down its late-night adult fare. While we’re greatly ramping up our other original program offerings, there hasn’t been a strong demand for this kind of adult programming, perhaps because it’s easily available elsewhere”

“Sacha Baron Cohen’s jarring Who Is America concluded Sunday without airing a much talked-about interview with former Alaska governor and Vice Presidential nominee Sarah Palin. It did, however, include a special thanks for Palin as ‘Special Publicity Consultant (Inadvertent.)'”

Cohen’s show will not have a Season Two, so the Palin interview may never see the light of day.

Rita Ora being naughty (and topless)

Spectacular. I’m sure I’ve recounted the story before, but I got to interview her one-on-one at the 2003 Sundance Festival, and I was totally mesmerized by her beauty.

She recently joined the accusers of Harvey Weinstein, and she still looks absolutely spectacular. (She was 47 in that video, but could pass for 30.)

It’s fascinating to see the picture as clear as life and larger! Here‘s a rear view in lower resolution.

A master diplomat, and a great student of history, the President has learned much of Japanese culture from the esteemed historian B. Bunny. 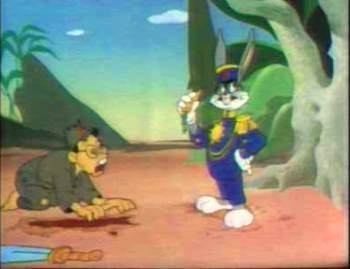 I wonder how he’ll react when the African Prime Ministers say “We remember slavery,” or other leaders remark on America’s “cowboy past.”

But why would he care one way or the other?

“The project is rife with conflicts of interest for Trump, whose Trump International Hotel is essentially across the street from the FBI headquarters.”

“When we began this investigation, the prospect that President Trump was personally involved in the government-led redevelopment of a property in close proximity to the Trump Hotel was dismissed as a conspiracy theory.”

“The extent of Trump’s involvement in the decision is unclear. The report indicates that while GSA employees confirmed the White House meetings with Trump, they received instructions not to divulge any statements Trump made at those meetings.”

Claudia Schiffer and Naomi Campbell bare their booties. Other models glam it up.

Here is her Elite profile page

Renata Dancewicz naked in The Devil and the Virgin (1995)

Natalie Dormer getting rogered in The Tudors

She wore transparent panties and essentially faked an orgasm on camera.